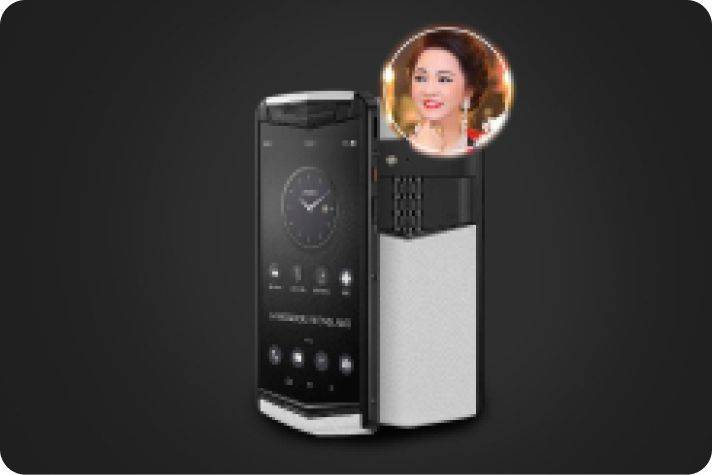 spotted
that the smartphone which the CEO usually uses for her selfies and livestreams is the
luxurious
Vertu Aster P, and can cost up to VND 300 million.

Each Vertu Aster P is

hand-crafted
at the
level of sophistication
that could only be compared to Swiss watches, and every single one has the signature of the artisan
engraved
inside the phone.

Aside from the processor and a memory that could easily put most smartphones on the market to shame, the touch screen is protected by a layer of solid 133 carat sapphire crystal.

Additionally, the phone’s back cover is also covered with a layer of leather (from crocodiles or lizards) each phone is also

integrated
with a butler service directly from the UK to satisfy its elite customers' every need, 24/7.

According to market prices, the model that CEO Phương Hằng is using could cost from VND 120 million for the black and white versions, while the

gilded
version has the
staggering
price of up to VND 328 million.