A YouTuber who advertised, bought and sold about 200 guns arrested 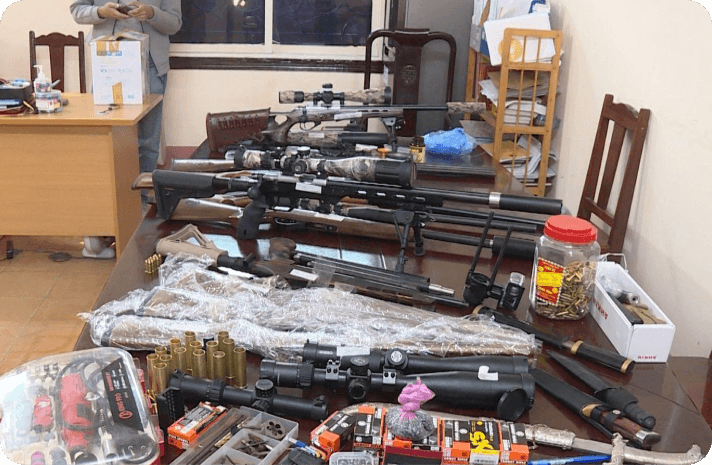 On the evening of December 14, a

representative of the Phu Tho Provincial Police
announced that the agency had just issued a decision to
temporarily detain
Ha Huy Viet (30 years old, residing in Viet Tri City, Phu Tho); Tran Dac Loc (30 years old), and Nguyen Dinh Tuan (56 years old), all of whom live together in Thanh Vinh Ward (Phu Tho Town, Phu Tho Province), to
clarify the discovered act
of manufacturing, storing,

sports guns, hunting rifles, and flower guns
as well as trading methods. Loc has acquired and sold roughly 200
firearms of various types
through his YouTube channel. In addition to gun trading, Loc also admitted to
pledging a number of guns
for Viet and many other people in the province and neighboring provinces.

Loc pledged a number of guns to

The channel was started in