Covid-19 past its peak in Vietnam 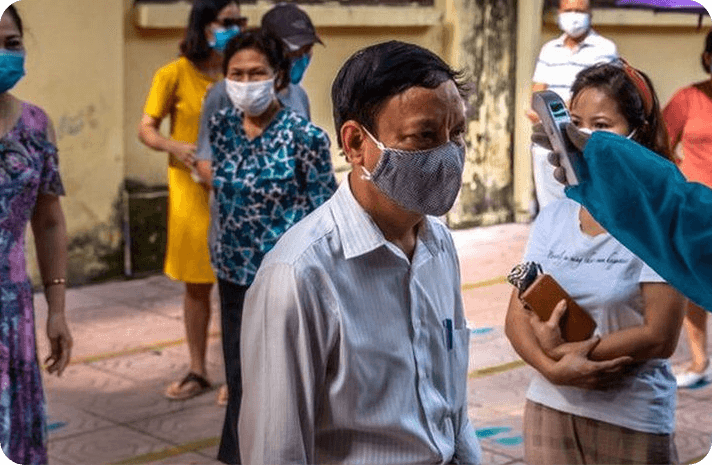 The Covid-19 pandemic in Vietnam is

winding down
, with fewer infections, severe cases, and deaths, according to the health ministry, and it has been
brought under control
.

Hospitals in Hanoi have seen a decrease in Covid-19 instances during the last week. According to

the municipal Department of Health
, there are still about 174,300 current Covid-19 cases in the capital city, with 906 people in hospitals and six in other facilities. With almost 1.5 million cases, Hanoi now
leads the country in infection rates
. However, the number of hospitalized cases has decreased by around 1.7 times in the last week compared to the previous week, and the number of new infections has decreased by 1.3 times, according to the department.

The number of new cases in Ho Chi Minh City,

the previous epicenter
, has been decreasing during the last week. According to
the Steering Committee for Covid-19 Prevention and Control
, more patients are being discharged from hospitals than are being hospitalized. In late March and early April, the number of new Covid-19 infections decreased across the country. From a high of almost 450,000 new cases per day on March 12, the number fell by 110,000 on March 29 and 50,000 on April 5. The number of serious cases has also
decreased by half
in the last month, falling from over 3,800 on March 9 to 2,400 on April 5.

When did the number of new infections start decreasing>

Which area is leading the country in infection rates?

According to whom has the pandemic been brought under control?