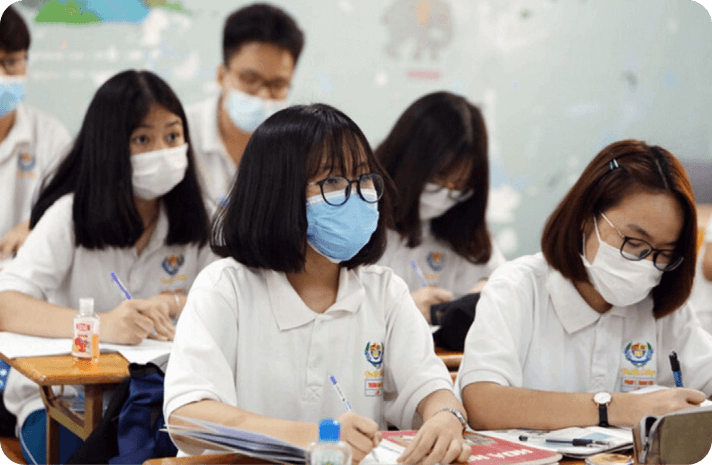 People's Committee of Ho Chi Minh City
has proposed a plan to reopen schools starting from 13/12. After a period of two weeks, more precisely from 13 to 25/12, there will be a
reassessment
made to see if the decision should be made official.

Within said two weeks, the first, ninth and twelfth graders will be able to attend offline classes. For children aged 5 in

kindergarten
, they can go back to school from 20/12. For Cần Giờ District, students of Thạnh An Kindergarten School, Thạnh An Primary School, Thạnh An Secondary School and Thạnh An High School are also allowed to go back to their offline studies from 13/12 onwards. According to the
proposal
, high schools will be considered for reopening based on the city’s
threat level
, while for others the
ruling
is tied to the level of risk in areas which the schools are situated at
respectively
.

When will schools reopen according to the proposal?

Which grades will be allowed to attend offline classes?

What factor will high school reopening be based on?

Which students will be able to attend offline classes in Cần Giờ?