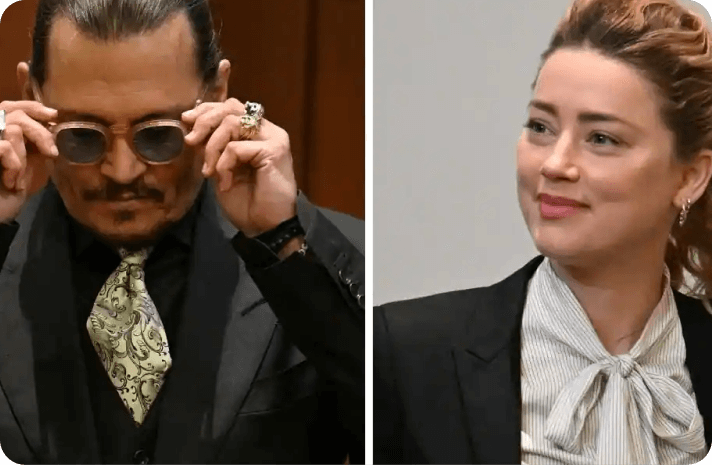 On Tuesday, Johnny Depp said he never hit his ex-wife Amber Heard and was

fighting her defamation suit for his kids' sake
.

grew aggressive during their relationship
came as a "total shock" six years ago.

surviving domestic abuse
. In 2018, he sued Heard for $50 million. The piece didn't mention Depp by name, but Depp's lawyer said it was apparent Heard was referring to the Hollywood star.

The trial in Fairfax County, Virginia, is in its second week and is anticipated to continue six weeks.

Who is Amber Heard?

What were Heard's claims?