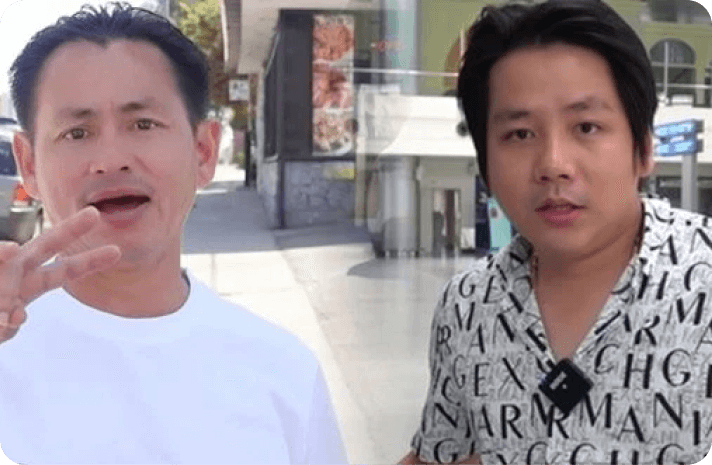 If you’re someone who catches up on

trendy news
a lot, it’s likely that you’re quite accustomed to the drama that has appeared recently revolving around Khoa Pug and Johnny Dang. This event was quite unexpected to a lot of people because the two seemed like good friends prior to that, seeing as they were featured in each other’s videos a lot. Additionally, they also just became pals only at around the end of May and the beginning of June, when Khoa Pug went to the US to study.
For further context
, Khoa Pug claimed that his “new friend” had cheated him off of 34.5 billion VND, using said amount to organize a grand party with many famous names invited. During that time, coincidentally, Johnny Dang also hosted
a luxurious birthday party
not dissimilar to what Khoa Pug described.

To delve more into details, what started it all was the purchase of Johnny Dang’s Diamond Boyz Coin (DBZ) by the male youtuber. During

an outing
, Khoa Pug showed off on video that he was owning 10 million DBZ coins. After this, the value of DBZ
skyrocketed
and reached 0.14 USD on the 29th of September, before gradually falling down again and
bottoming out
at 0.06 USD after a week.

When this happened, Khoa Pug received a lot of criticism, particularly from people who followed him and invested into the coin, subsequently suffering

monetary losses
in the end. The two supposedly stopped hanging out a short time later. After a period of silence, this clash between the two suddenly reached a climax when recently, they’ve started taking turns arguing against each other through their
online platforms
.

Johnny Dang said that he was disappointed at Khoa Pug’s behavior and his refusal to discuss and mend things directly instead of through his partner, Vuong Pham. For his part, Khoa Pug had a damning accusation. According to Khoa Pug, when DBZ’s value reached 0.14 USD, he was contacted by Johnny Dang to return the 10 million coins, at that time the equivalent to 1.5 million USD or 34.5 billion VND. Johnny Dang said that the coin was in fact not something he found as previously claimed, hence the amount needed to be returned to

streamline the process
. This was seen as a scam to Khoa Pug, which initiated said clash.

There are still new details coming out of the ordeal.  We will keep you continually updated on this case.

How much money did Khoa Pug claim he was cheated off of?

What was the peak value of individual DBZ coins?

When did the coin reach peak value?

After the clash, who did Johnny Dang have to go through to reach Khoa Pug?

How are they arguing against each other right now?