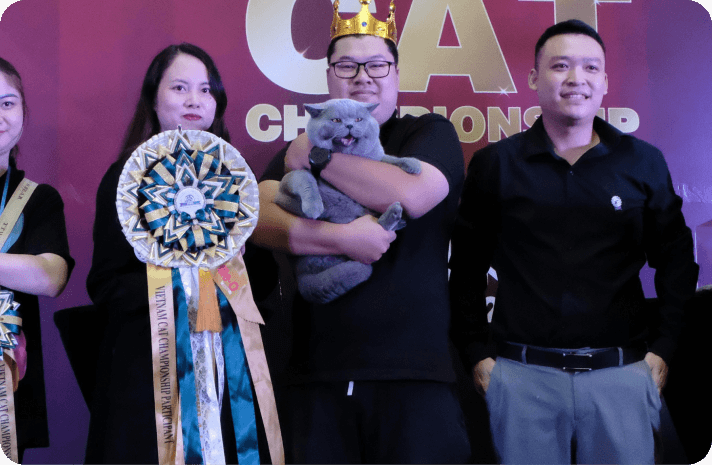 On Sunday, more than 100 cats competed in the Vietnam Cat Championship, which was organized by

According to the organizer, this was the first event to bring together the most beautiful cats of various sizes and breeds raised in Vietnam, with one of them valued at nearly VND400 million (US$16,129). The contest's prizes totaled more than VND100 million ($4,032).

According to Nguyen Xuan Son, president of the World Cat Federation Vietnam, the participating cats were evaluated based on their facial expressions, coat color, ears and mouth, and health. A