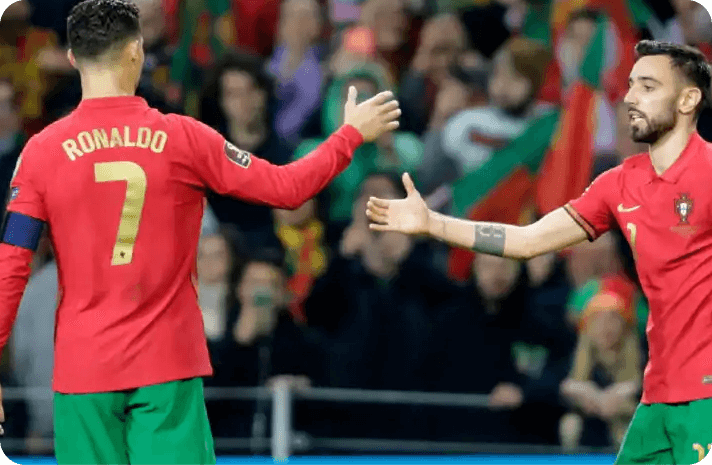 secure their berths
in the 2022 World Cup in Qatar.

Bruno Fernandes scored both goals as Portugal defeated the Balkan nation that had stunned European champions Italy last week. Fernandes started Portugal on their way at the Estadio do Dragao in the first half, finishing off Cristiano Ronaldo's assist, and then

put the game out of reach
in the second, connecting with
a brilliant cross
from Diogo Jota.

streak of qualifying for
all six World Cups since
the turn of the century
, while Manchester United forward Cristiano Ronaldo, 37, is on route for his fifth.

What team did North Macedonia beat to face Portugal?

Who also qualified along with Portugal, as mentioned in the article?

What did Ronaldo do in the match?