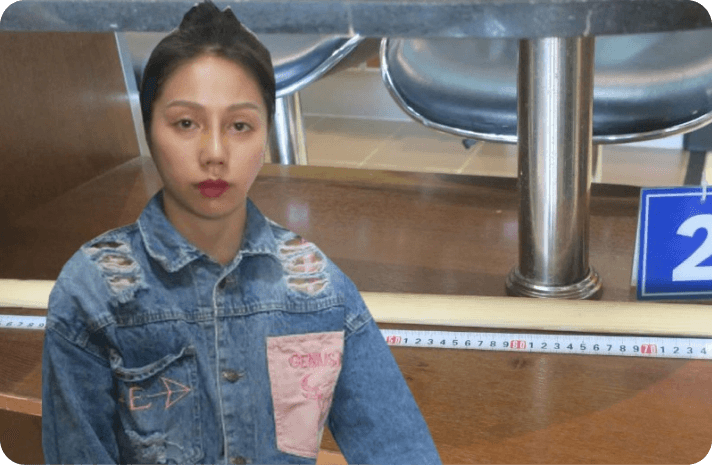 Lawyers and prosecutors
believe that Nguyen Vo Quynh Trang intentionally abused her stepchild without regard for the consequences, not to
teach her manners
as the suspect claimed.

Based on the results of the

security camera extraction and initial investigation
, it has been found that for 4 consecutive hours, Trang used a wooden stick to hit the girl's body parts many times. She also tied the girl’s hands and feet, forced her to study, slapped A.'s face multiple times, kicked the victim's body and "private area". Prosecutor Mai Anh said that these were
signs of murder
.

Suspect Nguyen Vo Quynh Trang beat the girl for many hours and left dangerous injuries in the head area and the brain, which are

critical areas
. Therefore, the lawyer believes that there are
enough grounds to
consider
trying Nguyen Vo Quynh Trang for murder
, not merely intentionally causing injury. According to lawyer Nguyen Van Hau, as
a fully conscious adult
, Vo Nguyen Quynh Trang must be aware of the consequences of her behaviors. However, the female suspect showed signs of intentionally performing the act, ignoring the fatal consequences. That is a sign of murder.

What did the suspect claim?

That her act was to teach the girl manners

That she made a mistake

That he intentionally killed her stepchild

Why did the lawyers and prosecutors consider this an act of murder?

What were the damaged critical areas?