Son Tung M-TP’s first English song revealed: “There’s No One At All” 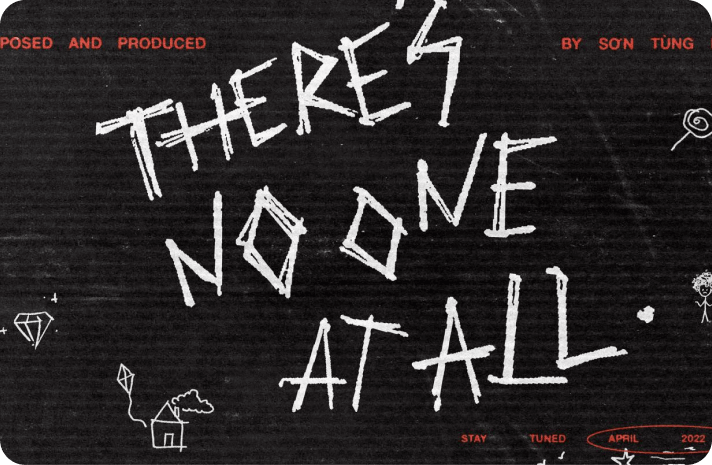 the first hint for his comeback
.

After a series of avatar and cover photo changes from fan page, personal page to a series of company pages to black, on the evening of April 12, Son Tung M-TP officially released a hint for a real comeback in 2022. On his personal page, the male singer posted a poster with the words: “There's No One At All”. This is also the answer that fans found in the English test that he revealed before. Presumably this was the name of his new song. On his personal page, Son Tung M-TP shared that this was the "mountain" that he

needed to overcome
because “There's No One At All'' is also the first English song in his career. Although no further information has been revealed, fans are now eagerly waiting for this special product from the male singer.

What is the name of the song?

There's no song at all

There's No One At All

It hasn't been revealed

When did Son Tung release the hint?