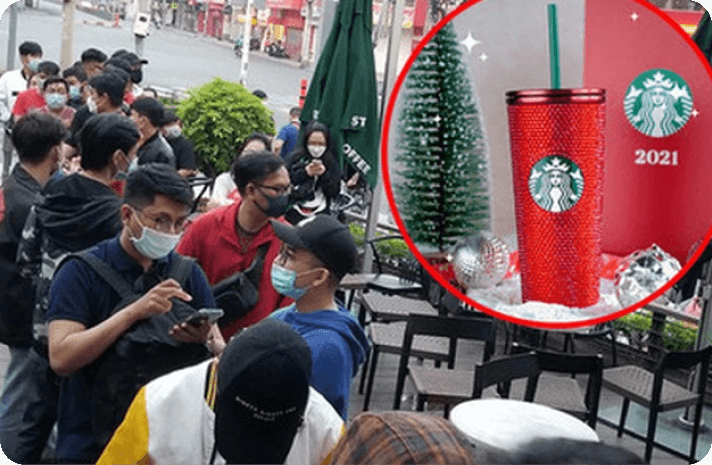 On the morning of December 12, Starbucks Vietnam launched a new cup model called Cold Cup Bling, which is

to be exclusively sold
at certain stores and on the Starbucks Flagship Store online with
limited quantities
. Since early morning, there had already been many people
standing in line
at big Starbucks stores in Hanoi and Saigon, waiting to get their hands on those items.

However, an incident happened. Many customers standing in line at the New World branch in Saigon couldn't help but be upset when there was a situation of "hoarding" when a customer bought 30 limited edition cups at once. On Starbucks' fanpage, many people who were standing in line took pictures and asked Starbucks Vietnam to clarify said issue. The management side

stammered
that each
period of sale
had a different policy, and this time customers were allowed to purchase multiple cups at a time, leading to the controversy. Because of such an offhand answer by the store manager, it made a lot of customers unsatisfied and angry. We will keep you updated on this story.

What is the new cup model called?

According to management, what was the reason for one customer being allowed to purchase all 30 cups?

Where did this happen?