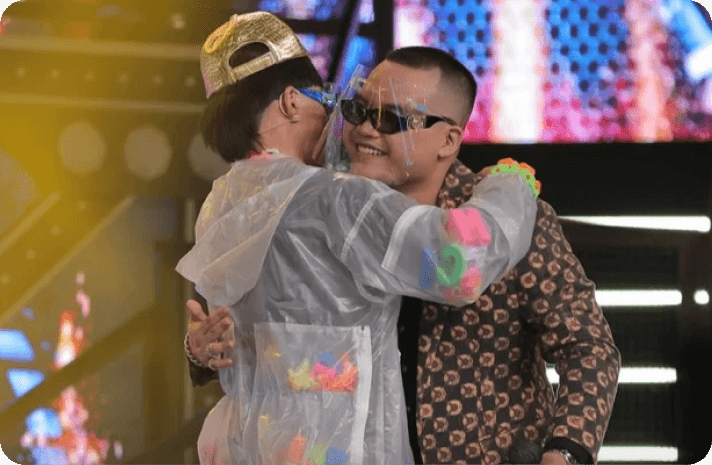 the Confrontation Round of Rap Viet Season 2
. Blacka is the star of Team Wowy, as well as the entire season of Rap Viet so far. Blacka stunned everyone in the Conquest Round with his performance of the rap hit Sài Gòn có em. Even though he wasn't at his best, Blacka put on an incredible show for Rap Viet and rap lovers in general.

as a whole
, however, has been a disappointment. Wowy's team is
primarily composed of
rookies or low-quality candidates, resulting in a significant imbalance when compared to Karik, Binz, and Rhymastic teams. Wowy's philosophy was to recruit only "raw jewels," so this
team's makeup
was most likely intended. Wowy only invited one or two
heavyweight rappers
to the squad, and the remaining slots were given to rappers who had not done well but had potential.

Specifically, among the rest in “Blacka and the rest”, only Hoang Anh is worth mentioning. In the last round, he appeared at the final night of contests and made an impression on a lot of judges, with Rhymastic especially

voicing his regrets
for not being able to choose him. The others include names such as Lil Wuyn and Obito, who are prominent rappers on their own, however, have failed to amaze.

Let’s wait and see how the championing coach of season one can help his team in the Confrontation Round. Karik, Rhymastic has done a great job, leading to more pressure on Wowy to perform.

Who has been the star of Team Wowy and Rap Viet season 2?

Who is most worth mentioning besides Blacka?