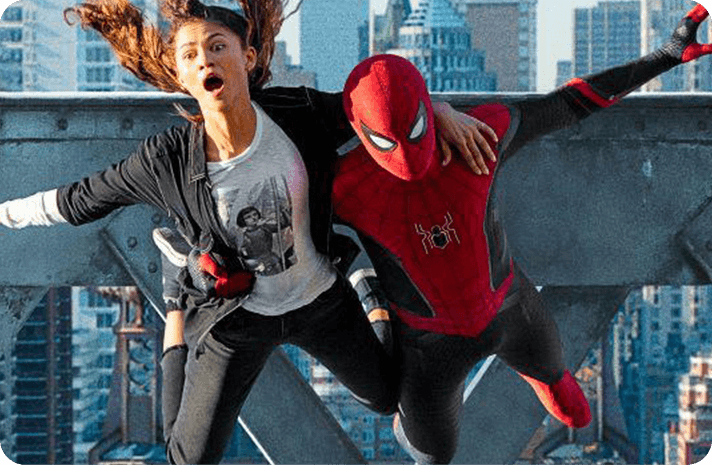 On the morning of
December 27 (Hanoi time), Spider-Man: No way home (played by Tom Holland) reached 1.05 billion USD after 12 days of release, the only film to
reach this milestone
after two years of the pandemic. Since "Avengers: Endgame" (2019), the audience has just witnessed the first work to
rock the global box office
. Forbes predicts that if released in the Chinese market, Spider-Man 3 has a chance to surpass Black Panther ($1.34 billion), becoming the most successful independent superhero movie of all time.

There are two main reasons. Firstly, the film itself has

met the expectations of the majority of viewers
, helping the word-of-mouth effect of the film to spread. In the US, Spider-Man: No way home received "shower" of praise from critics. According to Rotten Tomatoes statistics, the film has a positive 93% from a total of 336 articles, making it one of the Marvel works with the highest score on this site. The work is rated 8.9/10 points with 280,000 viewers on IMDb, in the top 10 most appreciated on this site.

Secondly, the film hits theaters when there is

no worthy competitor
, Spider-Man holds the box office throne of the year. In its second week of release, Spider-Man 3 still remains at the top of the box office charts. The Matrix Resurrections - Keanu Reeves' return to the Matrix franchise - has
failed to produce the expected effect
, coming in at second place with $22.5 million in its opening weekend in North America.

In addition, the release form has helped Spider-Man secure sales. While many works choose to be released simultaneously in theaters and online, Sony Pictures is determined to show the film exclusively in theaters. The company also scoured social networks to remove leaks of the film, keeping its appeal until the date of its release.

When did the movie reached 1.05 billion USD?

After 12 days of release

On the morning of December 27 (Hanoi time)

The last film to rock the global box office was