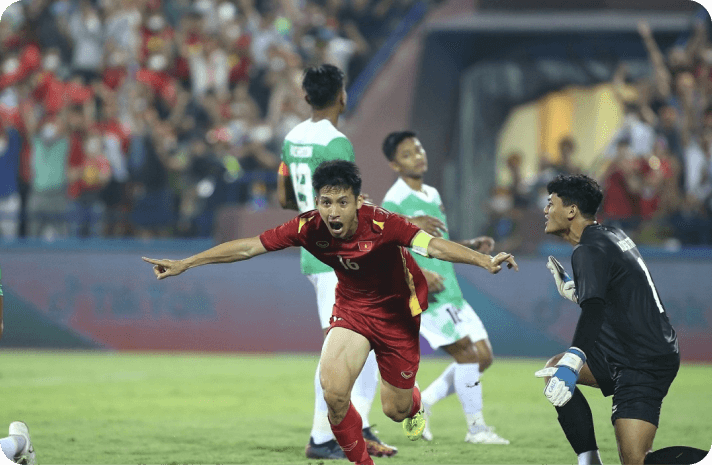 Vietnam went into the SEA Games 31 opener against Indonesia determined to win three points. They controlled early on, creating many chances. However, the first half

went goalless
with both teams receiving many yellow cards.

In the second half, Vietnam kept attacking as Indonesia

sat back and defended
, leading to goals. Vietnam's first goal came through Le Van Do's assist to Nguyen Tien Linh. After 20 minutes, Do Hung Dung scored with
the outside of his foot
, beating Indonesia goalkeeper Adi Satryo. In the 87th minute, Le Van Do took
a weak long-range shot
that went in as keeper Satryo didn't react quick enough.

Who scored the second goal in the match?

When did the third goal happen?

How many yellow cards did both teams receive in the first half?