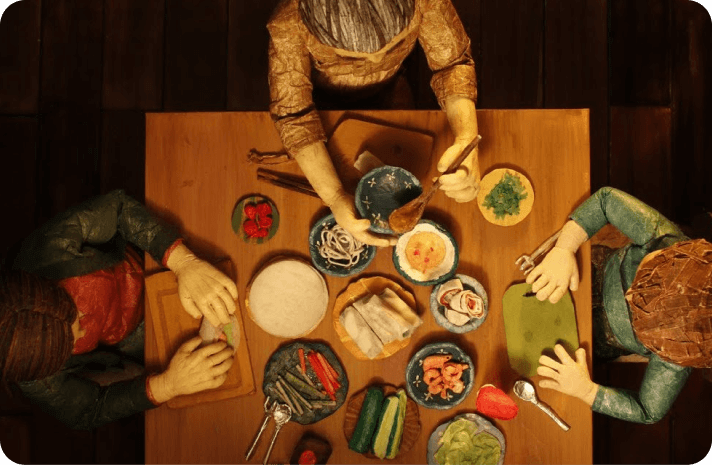 a short animated film
by Vietnamese director Mai Vu, will be shown at the Cannes Film Festival's
category for works by film students
.

graduation project
from
the National Film and Television School
(NFTS) in England. It was nominated for a La Cinef award, which recognizes works by students from film schools around the world. This category received 1,528 submissions, but only 16 were chosen for nomination.

The Cannes Film Festival will take place from May 17 to May 28. The top three short films in the La Cinef category will be recognized.

What's the name of the director of the film?

What does NFTS stand for in the article?

How many films will be recognized in the category?