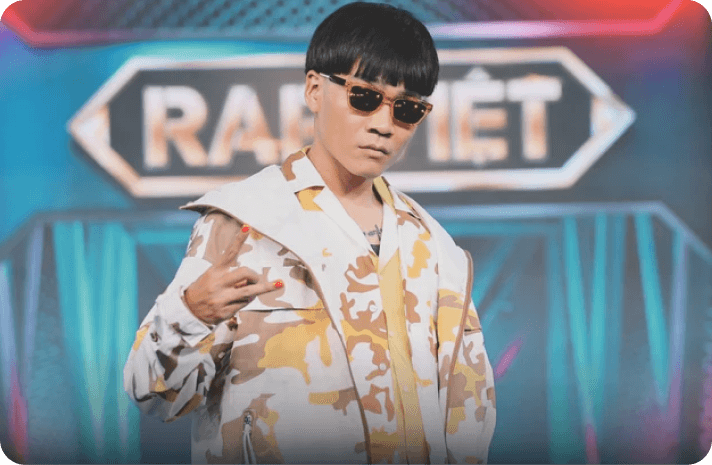 Episode 9 of Rap Viet season two is the Confrontation Round of Team Wowy. With

a 10-member lineup
, Wowy divided the team into 4 performances, including surprise matches for the audience as well as coaches like Blacka - Arthur, J Jade - Phaos.

What amazed the coaches and judges more than the pairing was the quality of the performances and the progress of the Wowy contestants. To quote Rhymastic, he respected and admired Wowy for his ability to turn newbies and underdogs into gems on stage.

Before entering the Confrontation Round, Team Wowy was recognized by fans as the weakest team of Rap Viet season two. His team was considered to have many new, raw rappers, those who had to be rescued. Everything has changed now. The ones who had previously disappointed such as J Jade, Phaos, Lap Nguyen, Arthur...  made great progress with their performances in the Confrontation Round and asserted the position of Team Wowy.

For example, despite facing "Rap Monster" Blacka, Arthur still excitedly stepped on the stage and showed

the inner strength in his voice
as well as his potential for future development. J Jade also removed certain
shortcomings
and confusion in the exam in the Conquest Round to have an improved performance for this round. Even Phaos - a contestant who once caused controversy when to the Wowy team - surprised the coaches with his rapid progress.

This is clearly a positive thing for Team Wowy in particular and Rap Viet season 2 in general.

What is Team Wowy considered as prior to the round?

The weakest team in Rap Viet

His team was considered to have many new, raw rappers, those who had to be rescued

Who voiced his respects and admirations for Wowy?

Who are the ones mentioned in the article to have made great progress?