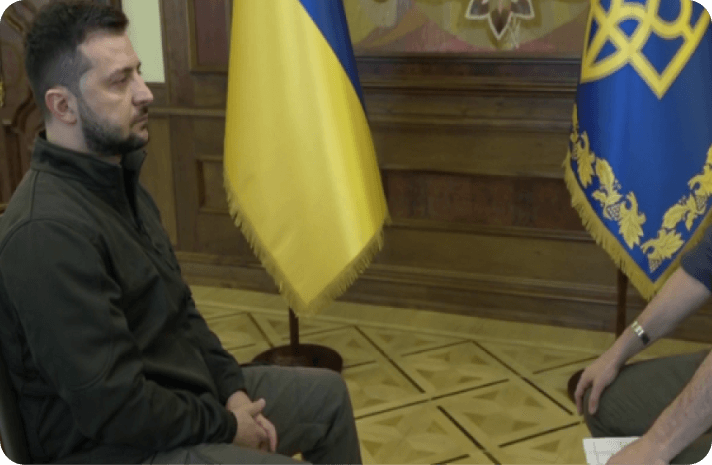 unwilling to give up land
in the country's east in order to stop the conflict with Russia, and that Ukraine's military is
prepared to engage
Moscow's forces in the Donbas area in a battle that might
impact the trajectory of the war
.

In an exclusive interview with CNN's Jake Tapper from the president's office in Kyiv on Friday, Zelensky claimed that his nation has no assurance that Russia would not attempt to take Kyiv again if it captures Donbas. Zelensky said that he is willing to engage Russia

diplomatically
in order to stop the conflict, but that Russia's assaults on Ukrainians make this more difficult.

Who is Jake Tapper?

An employee of CNN

What area might impact the trajectory of the war currently?