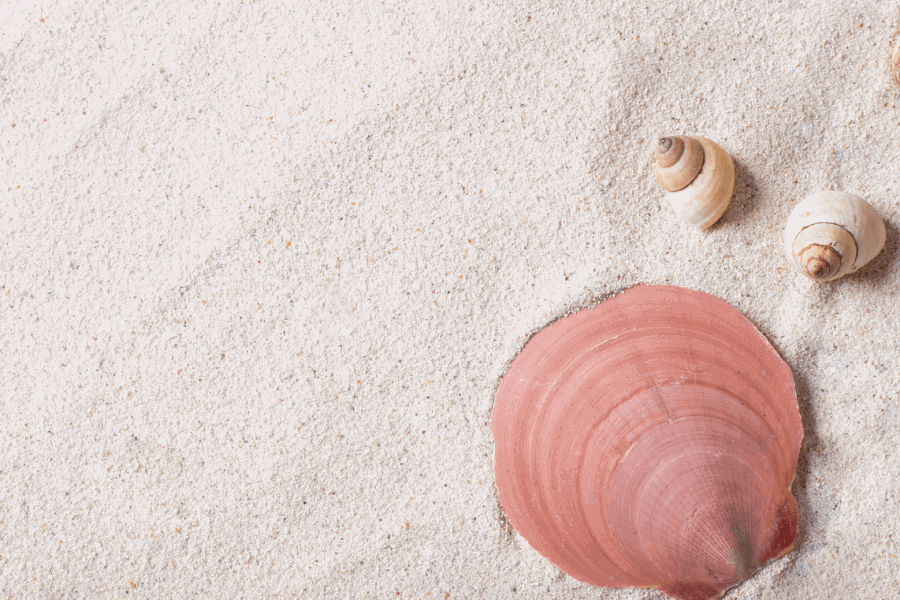 Question 1 - 6
Complete the notes below.
Write NO MORE THAN TWO WORDS for each answer.

Developed by Rob Holman in N. Carolina with other researchers.
Research is vital for understanding of
1
﻿.
Matches information from under the water with information from
2
﻿.
According to S. Jeffress Williams, useful because can make observations during a
3
﻿.
Dr Holman’s sand collection
Dr H. has samples from every
4
﻿﻿
Used in teaching students of
5
﻿﻿
e.g. US East Coast display:
grains from south are small, light-coloured and
6
﻿ in shape
Question 7 - 10
Complete the flow-chart below.
Write NO MORE THAN THREE WORDS for each answer. 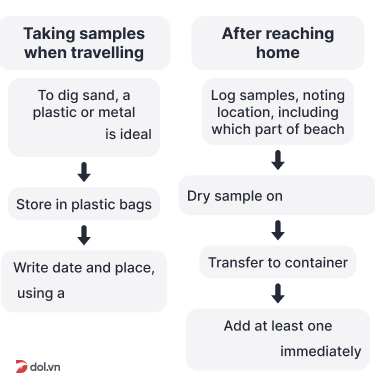 First, I would like to tell you how the Argus computerised photography system has helped marine researchers. Then I shall talk a bit about sand collecting.
Well, Argus is the system Doctor Rob Holman developed when he was working at a research pier on the coast of North Carolina, about 20 years ago.
This pier stretches out over the water, and it’s the longest research pier in the world, with an observation tower on the end of it. The researchers there make precise measurements of how the sand moves about under the waves.
This research is critical to the Study of beach erosion in places where the coastline is being worn away.
The Argus system helps to solve the difficulties encountered by these researchers. The system correlates the data from under the water with what Dr Holman gets from his fixed camera, which is mounted above the water on the pier and uses time–lapse photography.
Some of Doctor Holman's results have changed the way people understand how sand moves. To quote S. Jeffress Williams, a coastal geologist with the United States Geological Survey, the system is 'a critical piece of new technology' and 'The Argus system allows us to quantify and document visually the changes to the coast on a variety of different time frames.
A lot of these take place when there is a storm or at other times when it is difficult to have people out on the beach making observations and taking measurements.'
Up to now Argus installations have been installed in places in Oregon, California, Hawaii, England, the Netherlands, Australia, New Zealand, Spain, Italy and Brazil, as well as in North Carolina.
Now I'd like to introduce Dr Holman's sand collection. He started collecting sand in the 1980s, and he still collects it now, even though he has around a thousand samples.
They come from his travels and from geologists and amateurs all over the world – and the collection includes sand from each continent, including Antarctica.
People send him sand in envelopes, plastic bags, paper towels and all sorts! Each is stored in a glass jar, which Dr Holman labels by latitude and longitude of its origin, as well as he can work them out – sometimes the information is a bit sketchy!
Anyway, it's mainly geology students at the university who study his collection, and they can learn a lot from it.
For instance, one set of tubes displays sand from the East Coast of the US. So you can see that the sand gets lighter and finer from north to south.
By the time a grain of sand eventually washes up on a beach in Florida at the southern end of that journey, it has been battered by waves for a long time so the grains are fine and rounded because most of the time sand is not stationary on the beach.
OK, so if you'd like to collect sand and maybe even send some to Dr Holman, how should you go about it? Well, the list of equipment is very short and easy to find, but you should keep a supply when you're travelling, as you never know when you'll come across an interesting sand sample.
One really handy thing for digging sand, especially if it's hard or frozen, is a spoon. It's perfect for that. If you're travelling by air it'll have to be plastic, but metal is preferable, as plastic tends to break.
You need something to put the samples in that is damp–proof and easy to carry. You can just use plastic bags, but you need to record the location and date on the bag, so you must also have a permanent marker with you, because you can never assume you will remember where you gathered a sample from later on and you don't want it to rub off before you get home.
And that's about all you need in the field to collect sand. When you get home, your samples should be logged in a notebook or computer. You need to note the location and be really specific as to exactly whereabouts on the beach you gathered your sample – low tide mark, under cliff area, etc.
Then, you store your sample. You want to keep everything in good condition and avoid contamination. So first you make absolutely sure that each sample is perfectly dry.
You don't need any complicated apparatus for this, you can just air it out on layers of newspaper, which is suitably absorbent. Most people find that's the best way.
Then, lastly, but this is really important, before there can be any chance of confusing this latest sample with another, you put it in a clean small bag or a jar, and you must stick an identification label on straight away.
Some people put one inside as well in case the outer label falls off, but that's up to you. Well, that's about all you need to know to get started as a sand collector. Any questions? 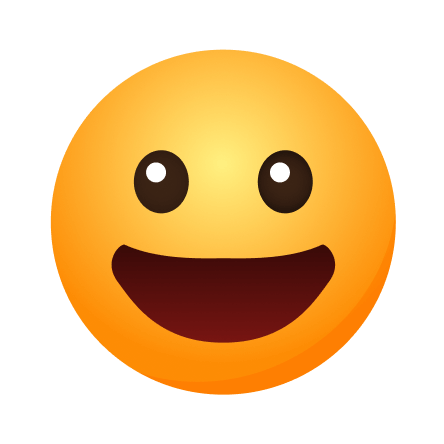 Sau đó nghe được "This research is critical to the Study of beach erosion in places where the coastline is being worn away."