The Changing Role Of Airports IELTS Reading Answers with Explanation 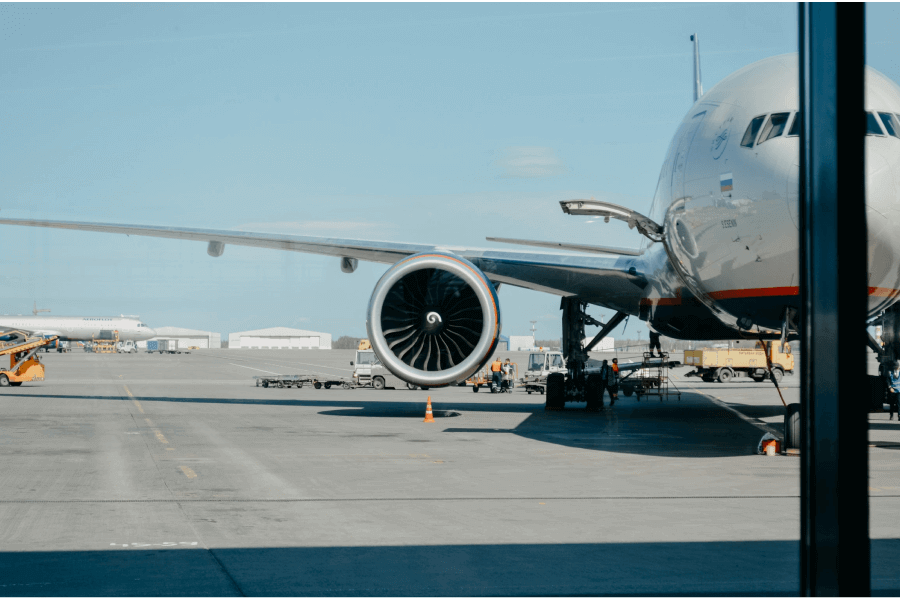 The Changing Role Of Airports
Airports continue to diversify their role in an effort to generate income. Are business meeting facilities the next step? Nigel Halpern, Anne Graham and Rob Davidson investigate.
A
A. In recent times developing commercial revenues has become more challenging for airports due to a combination of factors, such as increased competition from Internet shopping, restrictions on certain sales, such as tobacco, and new security procedures that have had an impact on the dwell time of passengers. Moreover, the global economic downturn has caused a reduction in passenger numbers while those that are travelling generally have less money to spend. This has meant that the share of revenue from non aeronautical revenues actually peaked at 54% at the turn of the century and has subsequently declined slightly. Meanwhile, the pressures to control the level of aeronautical revenues are as strong as ever due to the poor financial health of many airlines and the rapid rise of the low cost carrier sector.
B
B. Some of the more obvious solutions to growing commercial revenues, such as extending the merchandising space or expanding the variety of shopping opportunities, have already been tried to their limit at many airports. A more radical solution is to find new sources of commercial revenue within the terminal, and this has been explored by many airports over the last decade or so. As a result, many terminals are now much more than just shopping malls and offer an array of entertainment, leisure, and beauty and wellness facilities. At this stage of facilities provision, the airport also has the possibility of taking on the role of the final destination rather than merely a facilitator of access.
C
C. At the same time, airports have been developing and expanding the range of services that they provide specifically for the business traveller in the terminal. This includes offering business centres that supply support services, meeting or conference rooms and other space for special events. Within this context, Jarach (2001) discusses how dedicated meetings facilities located within the terminal and managed directly by the airport operator may be regarded as an expansion of the concept of airline lounges or as a way to reconvert abandoned or underused areas of terminal buildings. Previously it was primarily airport hotels and other facilities offered in the surrounding area of the airport that had the potential to take on this role and become active as a business space (McNeill, 2009).
D
D. When an airport location can be promoted as a business venue, this may increase the overall appeal of the airport and help it become more competitive in both attracting and retaining airlines and their passengers. In particular, the presence of meeting facilities could become one of the determining factors taken into consideration when business people are choosing airlines and where they change their planes. This enhanced attractiveness itself may help to improve the airport operator’s financial position and future prospects, but clearly this will be dependent on the competitive advantage that the airport is able to achieve in comparison with other venues.
E
E. In 2011, an online airport survey was conducted and some of the areas investigated included the provision and use of meeting facilities at airports and the perceived role and importance of these facilities in generating income and raising passenger numbers. In total, there were responses from staff at 154 airports and 68% of these answered 'yes’ to the question: Does your airport own and have meetings facilities available for hire? The existence of meeting facilities therefore seems high at airports. In addition, 28% of respondents that did not have meeting facilities stated that they were likely to invest in them during the next five years. The survey also asked to what extent respondents agreed or disagreed with a number of statements about the meeting facilities at their airport. 49% of respondents agreed that they have put more investment into them during recent years; 41% agreed that they would invest more in the immediate future. These are fairly high proportions considering the recent economic climate.
F
F. The survey also asked airports with meeting facilities to estimate what proportion of users are from the local area, i.e. within a 90minute drive from the airport, or from abroad. Their findings show that meeting facilities provided by the majority of respondents tend to serve local versus nonlocal or foreign needs. 63% of respondents estimated that over 60% of users are from the local area. Only 3% estimated that over 80% of users are from abroad. It is therefore not surprising that the facilities are of limited importance when it comes to increasing use of flights at the airport: 16% of respondents estimated that none of the users of their meeting facilities use flights when travelling to or from them, while 56% estimated that 20% or fewer of the users of their facilities use flights.
G
G. The survey asked respondents with meeting facilities to estimate how much revenue their airport earned from its meeting facilities during the last financial year. Average revenue per airport was just $12,959. Meeting facilities are effectively a non aeronautical source of airport revenue. Only 1% of respondents generated more than 20% non aeronautical revenue from their meetings facilities; none generated more than 40%. Given the focus on local demand, it is not surprising that less than a third of respondents agreed that their meeting facilities support business and tourism development in their home region or country.
H
H. The findings of this study suggest that few airports provide meetings facilities as a serious commercial venture. It may be that, as owners of large property, space is available for meeting facilities at airports and could play an important role in serving the needs of the airport, its partners, and stakeholders such as government and the local community. Thus, while the local orientation means that competition with other airports is likely to be minimal, competition with local providers of meetings facilities is likely to be much greater.

Question 1 - 5
The text has eight paragraphs, A-H.
Which paragraph contains the following information?
Write the correct letter, A-H.
N.B You may use any letter more than once.
1
evidence that a significant number of airports provide meeting facilities.
2
a statement regarding the fact that no further developments are possible in some areas of airport trade.
3
reference to the low level of income that meeting facilities produce for airports.
4
mention of the impact of budget airlines on airport income.
5
examples of airport premises that might be used for business purposes.
Question 6 - 9
Complete the sentences below.
Choose NO MORE THAN TWO WORDS from the text for each answer.
6
The length of time passengers spend shopping at airports has been affected by updated
..................
.
7
Airports with a wide range of recreational facilities can become a
..................
for people rather than a means to travel.
8
Both passengers and
..................
may feel encouraged to use and develop a sense of loyalty towards airports that market their business services.
9
Airports that supply meeting facilities may need to develop a
..................
over other venues.
Question 10 - 13
Complete the summary below.
Choose NO MORE THAN TWO WORDS from the text for each answer.
Survey Findings
Despite financial constraints due to the
10
﻿, a significant percentage of airport provide and wish to further support business meeting facilities. Also, just under 30% of the airports surveyed plan to provide these facilities within
11
﻿ however, the main users of the facilities are
12
﻿ and as many as 16% of respondents to the survey stated that their users did not take any
13
﻿ at the airport.