The Pursuit Of Happiness IELTS Reading Answers with Explanation 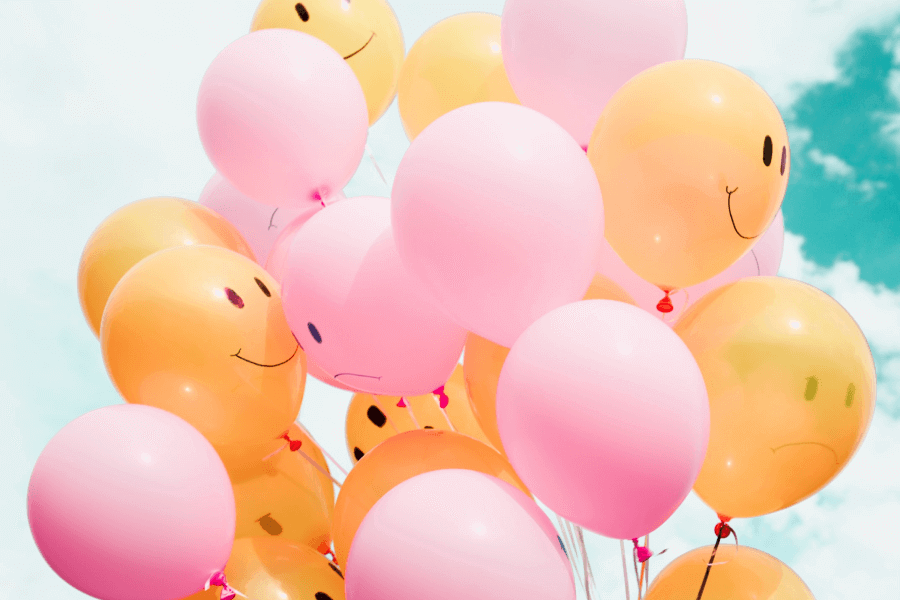 The Pursuit of Happiness
A
A. In the late 1990; psychologist Martin Seligman of the University of Pennsylvania urged colleagues to observe optimal moods with the same kind of focus with which they had for so long studied illnesses: we would never learn about the full range of human functions unless we knew as much about mental wellness as we do about mental illness. A new generation of psychologists built up a respectable body of research on positive character traits and happiness-boosting practices. At the same time, developments in neuroscience provided new clues to what makes us happy and what that looks like In the brain. Self-appointed experts took advantage of the trend with guarantees to eliminate worry, stress, dejection and even boredom. This happiness movement has provoked a great deal of opposition among psychologists who observe that the preoccupation with happiness has come at the cost of sadness, an important feeling that people have tried to banish from their emotional repertoire. Allan Horwitz of Rutgers laments that young people who are naturally weepy after breakups are often urged to medicate themselves instead of working through their sadness. Wake Forest University’s Eric WilsoHn fumes that the obsession with happiness amounts to a ‘craven disregard” for the melancholic perspective that has given rise to the greatest works of art. “The happy man,” he writes, ‘is a hollow man.’
B
B. After all people are remarkably adaptable. Following a variable period of adjustment, we bounce back to our previous level of happiness, no matter what happens to us. (There are some scientifically proven exceptions, notably suffering the unexpected loss of a job or the loss of a spouse. Both events tend to permanently knock people back a step.) Our adaptability works in two directions. Because we are so adaptable, points out Professor Sonja J.Yubomirsky of the University of California, we quickly get used to many of the accomplishments we strive for in life, such as lauding the big job or getting married. Soon alter we reach a milestone, we start to feel that something is missing. We begin coveting another worldly possession or eyeing a social advancement. But such an approach keeps us tethered to a treadmill where happiness is always just out of reach, one toy or one step away. It’s possible to get off the treadmill entirely by focusing on activities that are dynamic, surprising, and attention-absorbing. and thus less likely to bore us than, say, acquiring shiny new toys.
C
C. Moreover, happiness is not a reward tor escaping pain. Russ Harris, the author of The Happiness Trap, calls popular conceptions of happiness dangerous because they set people up for a ‘struggle against reality*. They don’t acknowledge that real life is full of disappointments, loss, and inconveniences.”If you’re going to live a rich and meaningful life.* Harris says, “you’re going to feel a full range of emotions.” Action toward goals other than happiness makes people happy. It is not crossing the finish line that is most rewarding, it is anticipating achieving the goal. University of Wisconsin neuroscientist Richard Davidson has found that working hard toward a goal, and making progress to the point of expecting a goal to be realized, not only activates positive feelings but also suppresses negative emotions such as fear and depression.
D
D. We are constantly making decisions, ranging from what clothes to put on. to whom we should marry, not to mention all those flavors of ice cream. We base many of our decisions on whether we think a particular preference will increase our well-being. Intuitively, we seem convinced that the more choices we have, the better off we will ultimately be. But our world of unlimited opportunity imprisons us more than it makes us happy. In what Swarthmore psychologist Barrs-Schwartz calls “the paradox of choice.” facing many possibilities leaves us stressed out – and less satisfied with whatever we do decide. Having too many choices keeps us wondering about all the opportunities missed.
E
E. Besides, not everyone can put on a happy face. Rirlxira Held, a professor of psychology at Bowdoin College, rails against “the tyranny of the positive attitude”. ‘Looking on the bright side isn’t possible for some people and Is even counterproductive,” she insists. ‘When you put pressure on people to cope in a way that doesn’t fit them, it not only doesn’t work, it makes them feel like a failure on top of already feeling bad.” The one-size-fits-all approach to managing emotional life is misguided, agrees Professor Julie Norem, author of The Positive Power of Negative Thinking. In her research, she has shown that the defensive pessimism that anxious people feel can be harnessed to help them get things done, which in turn makes them happier. A naturally pessimistic architect, for example, can set low expectations for an upcoming presentation and review all of the bad outcomes that she’s imagining, so that she can prepare carefully and increase her chances of success.
F
F. By contrast, an individual who is not living according to their values, will not be happy, no matter how much they achieve. Some people, however, are not sure what their values are. In that case Harris has a great question: ‘Imagine I could wave a magic wand to ensure that you would have the approval and admiration of everyone on the planet, forever. What, in that case, would you choose to do with your life?” Once this has been answered honestly, you can start taking steps toward your ideal vision of yourself. The actual answer is unimportant, as long as you’re living consciously. The state of happiness is not really a state at all. It’s an ongoing personal experiment.

Question 1 - 6
The Reading Passage has six paragraphs A-F.
Which paragraph mentions the following?
Write the correct letter A-F.
NB You may use any letter more than once.
1
the need for individuals to understand what really matters to them
2
tension resulting from a wide variety of alternatives
3
the hope of success as a means of overcoming unhappy feelings
4
people who call themselves specialists
5
human beings’ capacity for coping with change
6
doing things which are interesting in themselves
Question 7 - 8
Choose TWO letters A-E.
Which TWO of the following people argue against aiming for constant happiness?
A
Martin Seligman
B
Eric Wilson
C
Sonja Lyubomirsky
D
Russ Harris
E
Barry Schwartz
Question 9 - 10
Choose TWO letters A-E.
Which TWO of the following beliefs are identified as mistaken in the text?
A
inherited wealth brings less happiness than earned wealth.
B
social status affects our perception of how happy we are.
C
an optimistic outlook ensures success
D
unhappiness can and should be avoided.
E
extremes of emotion are normal in the young.
Question 11 - 13
Complete the sentences below.
Choose NO MORE THAN ONE WORD from the passage for each answer.
11
In order to have a complete understanding of how people’s minds work, Martin Seligman suggested that research should examine our most positive
24…………………………
as closely as it does our psychological problems.
12
Soon after arriving at a
25…………………………….
in their lives, people become accustomed to what they have achieved and have a sense that they are lacking something.
13
People who are
26………………………………
by nature are more likely to succeed if they make thorough preparation for a presentation.