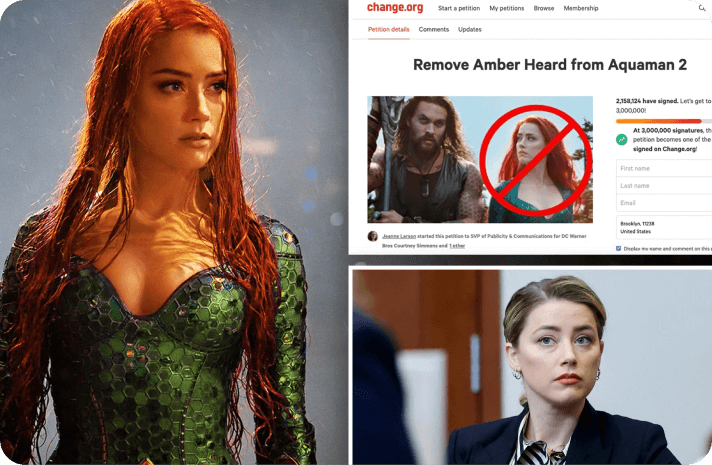 retaliation
for Disney dropping Depp as Captain Jack Sparrow after Heard accused him of abuse. Heard
wrapped production
in January and will still appear in the March 2023 release of the DC blockbuster.

How many signatures are currently needed for the petition to pass?

This is retaliation for

What is Heard's role in Aquaman 2?