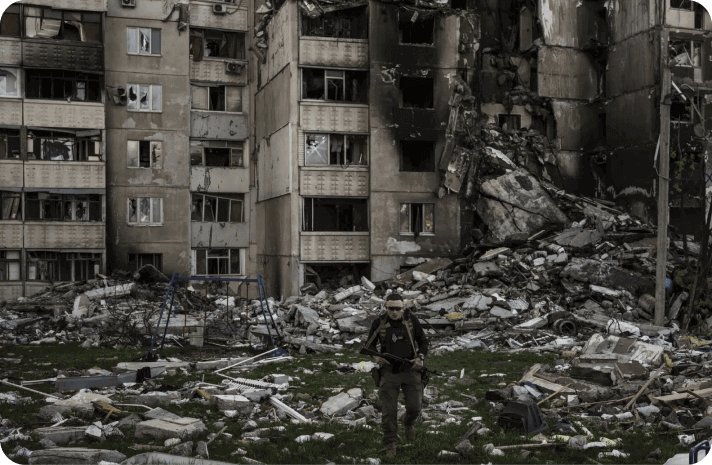 In an interview with Russian

news outlets
, Russia's Foreign Minister Sergei Lavrov warned that the potential of World War III was "real" and criticized Kyiv's approach to the
stalled peace talks
. This comes ahead of a meeting between the US and its partners on Tuesday (April 26) to discuss delivering more weapons to
war-torn
Ukraine.

Moscow's invasion of its neighbor has sparked

an outpouring of Western backing
, with weaponry pouring into the country to aid in the fight against Russian troops. However, Western powers have been hesitant to increase their involvement for fear of
inciting a fight
with nuclear-armed Russia. For months, President Volodymyr Zelenskyy has been pleading with Ukraine's Western allies for
heavy armaments
, including artillery and fighter jets, claiming that increased firepower would allow his forces to
shift the tide of the battle
. Despite Moscow's protests, the appeals appear to be resonating, with a slew of NATO members agreeing to
deploy a variety of heavy weaponry and equipment
.

Who is Sergei Lavrov?

What appeals are resonating with a slew of NATO members?

Why have Western powers been hesitant to get involved?