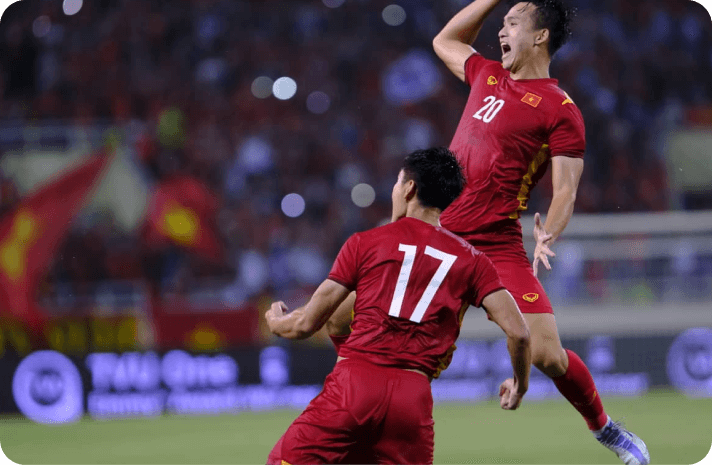 the men's football gold medal
for the second time in a row at the Southeast Asian (SEA) Games.

Despite the rain, spectators flocked to Hanoi's My Dinh National Stadium early to cheer on the juvenile Golden Stars. In that spirit, the Vietnamese under-23 squad

launched a series of attacks
in the early few minutes of the game to put pressure on their Thai counterparts. Having said that, neither team scored a goal in the first half.

After the half, Thailand unleashed further attempts, threatening Vietnam's net on multiple occasions between the 49th and 76th minutes. But it was Vietnam who struck first, with Nham Manh Dung scoring in the 83rd minute after a left-wing ball from Phan Tuan Tai. Thailand

tried in vain to even out the scoring
in the remaining time.

Vietnam last won gold in men's football at the 30th SEA Games in 2019, when they defeated Indonesia 3-0 in Manila, Philippines. The victory on Sunday was also the first time Vietnam defeated Thailand in a SEA Games men's football final.

Which team pressured more after the first half?

What's the nickname of the U23 Vietnamese squad?

Who assisted on the goal?