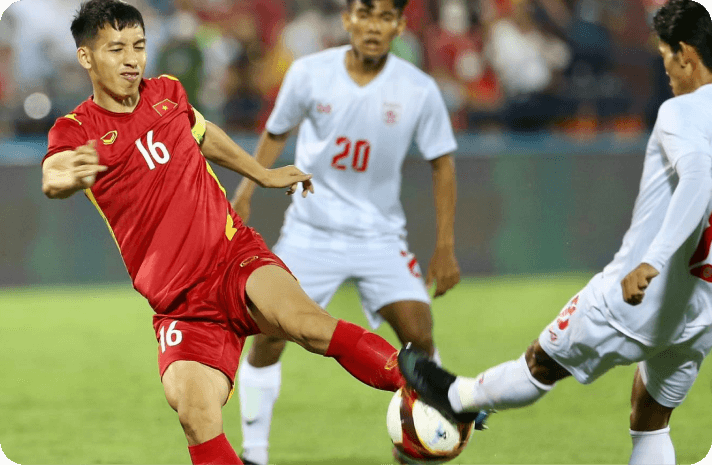 advanced to the semifinals of men's football for under-23 players
at the 31st Southeast Asian (SEA) Games after defeating Myanmar 1-0 in Group A on Friday night.

Before Friday's games, four teams in Group A, Myanmar, the Philippines, Vietnam, and Indonesia, had a chance to advance to the semifinals. Vietnam

ascended to the top of
Group A with seven points, while Myanmar slid to third position with six points, followed by Indonesia with six points after defeating the Philippines 4-0 earlier in the day. 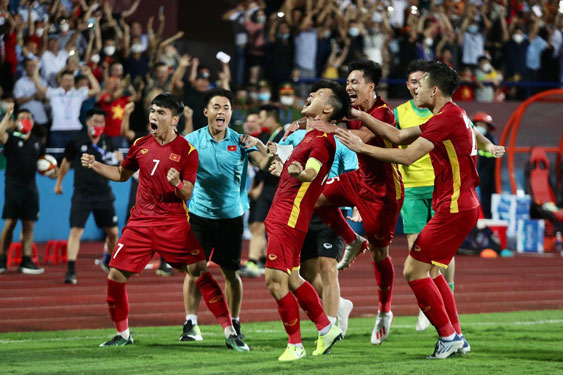 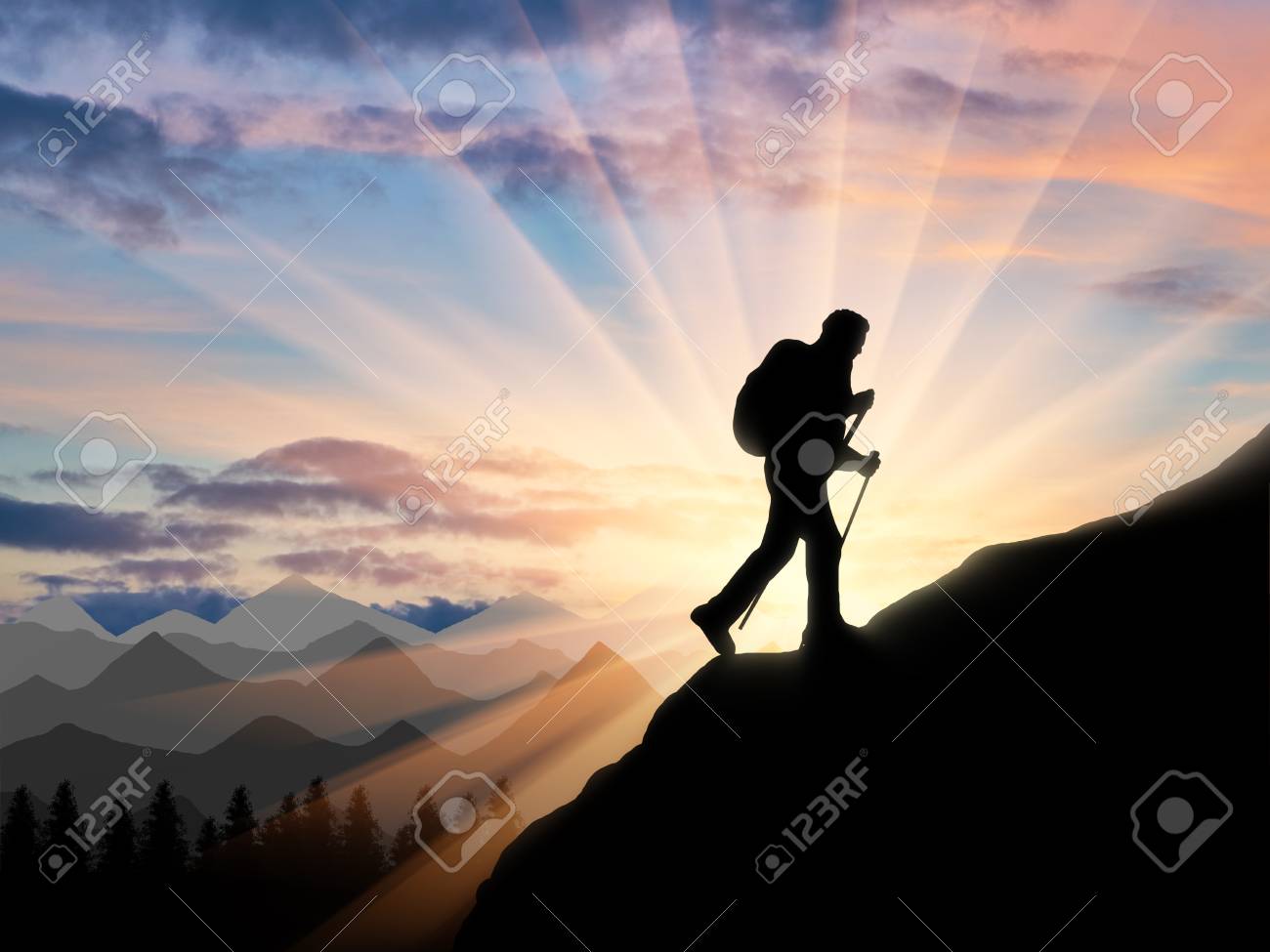 How many teams had a chance to advance before Friday's games?

What was Vietnam's only draw so far?

Where is Myanmar ranked at the moment?