Should We Try To Bring Extinct Species Back To Life? IELTS Reading Answers with Explanation 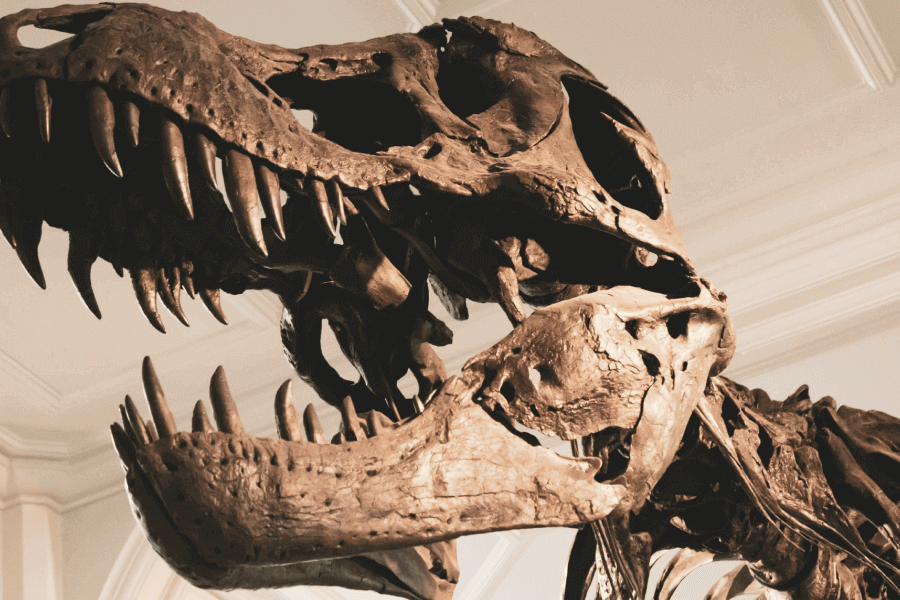 Should we try to bring extinct species back to life?
A
A. The passenger pigeon was a legendary species. Flying in vast numbers across North America, with potentially many millions within a single flock, their migration was once one of nature’s great spectacles. Sadly, the passenger pigeon’s existence came to an end on 1 September 1914, when the last living specimen died at Cincinnati Zoo. Geneticist Ben Novak is lead researcher on an ambitious project which now aims to bring the bird back to life through a process known as ‘de-extinction’. The basic premise involves using cloning technology to turn the DNA of extinct animals into a fertilised embryo, which is carried by the nearest relative still in existence — in this case, the abundant band-tailed pigeon — before being born as a living, breathing animal. Passenger pigeons are one of the pioneering species in this field, but they are far from the only ones on which this cutting-edge technology is being trialled.
B
B. In Australia, the thylacine, more commonly known as the Tasmanian tiger, is another extinct creature which genetic scientists are striving to bring back to life. ‘There is no carnivore now in Tasmania that fills the niche which thylacines once occupied,’ explains Michael Archer of the University of New South Wales. He points out that in the decades since the thylacine went extinct, there has been a spread in a ‘dangerously debilitating’ facial tumour syndrome which threatens the existence of the Tasmanian devils, the island’s other notorious resident. Thylacines would have prevented this spread because they would have killed significant numbers of Tasmanian devils. ‘If that contagious cancer had popped up previously, it would have burned out in whatever region it started. The return of thylacines to Tasmania could help to ensure that devils are never again subjected to risks of this kind.
C
C. If extinct species can be brought back to life, can humanity begin to correct the damage it has caused to the natural world over the past few millennia? ‘The idea of de-extinction is that we can reverse this process, bringing species that no longer exist back to life,’ says Beth Shapiro of University of California Santa Cruz's Genomics Institute. ‘I don’t think that we can do this. There is no way to bring back something that is 100 per cent identical to a species that went extinct a long time ago.’ A more practical approach for long-extinct species is to take the DNA of existing species as a template, ready for the insertion of strands of extinct animal DNA to create something new; a hybrid, based on the living species, but which looks and/or acts like the animal which died out.
D
D. This complicated process and questionable outcome begs the question: what is the actual point of this technology? ‘For us, the goal has always been replacing the extinct species with a suitable replacement,’ explains Novak. ‘When it comes to breeding, band-tailed pigeons scatter and make maybe one or two nesis per hectare, whereas passenger pigeons were very social and would make 10,000 or more nests in one hectare.’ Since the disappearance of this key species, ecosystems in the eastern US have suffered, as the lack of disturbance caused by thousands of passenger pigeons wrecking trees and branches means there has been minimal need for regrowth. This has left forests stagnant and therefore unwelcoming to the plants and animals which evolved to help regenerate the forest after a disturbance. According to Novak, a hybridised band-tailed pigeon, with the added nesting habits of a passenger pigeon, could, in theory, re-establish that forest disturbance, thereby creating a habitat necessary for a great many other native species to thrive.
E
E. Another popular candidate for this technology is the woolly mammoth. George Church, professor at Harvard Medical School and leader of the Woolly Mammoth Revival Project, has been focusing on cold resistance, the main way in which the extinct woolly mammoth and its nearest living relative, the Asian elephant, differ. By pinpointing which genetic traits made it possible for mammoths to survive the icy climate of the tundra, the project's goal is to return mammoths, or a mammoth-like species, to the area. ‘My highest priority would be preserving the endangered Asian elephant,’ says Church, ‘expanding their range to the huge ecosystem of the tundra. Necessary adaptations would include smaller ears, thicker hair, and extra insulating fat, all for the purpose of reducing heat loss in the tundra, and all traits found in the now extinct woolly mammoth.’ This repopulation of the tundra and boreal forests of Eurasia and North America with large mammals could also be a useful factor in reducing carbon emissions — elephants punch holes through snow and knock down trees, which encourages grass growth. This grass growth would reduce temperatures, and mitigate emissions from melting permafrost.
F
F. While the prospect of bringing extinct animals back to life might capture imaginations, it is, of course, far easier to try to save an existing species which is merely threatened with extinction. ‘Many of the technologies that people have in mind when they think about de-extinction can be used as a form of “genetic rescue”,’ explains Shapiro. She prefers to focus the debate on how this emerging technology could be used to fully understand why various species went extinct in the first place, and therefore how we could use it to make genetic modifications which could prevent mass extinctions in the future. ‘I would also say there’s an incredible moral hazard to not do anything at all,’ she continues. ‘We know that what we are doing today is not enough, and we have to be willing to take some calculated and measured risks.’

Question 1 - 4
Reading Passage has six paragraphs, A-F.
Which paragraph contains the following information?
Write the correct letter, A-F, in boxes on your answer sheet.
NB You may use any letter more than once.
1
a reference to how further disappearance of multiple species could be avoided
2
explanation of a way of reproducing an extinct animal using the DNA of only that species
3
reference to a habitat which has suffered following the extinction of a species
4
mention of the exact point at which a particular species became extinct
Question 5 - 9
Complete the summary below.
Choose NO MORE THAN TWO WORDS from the passage for each answer.
Write your answers in boxes on your answer sheet.
The woolly mammoth revival project
Professor George Church and his team are trying to identify the
5
﻿ which enabled mammoths to live in the tundra. The findings could help preserve the mammoth's close relative, the endangered Asian elephant.
According to Church, introducing Asian elephants to the tundra would involve certain physical adaptations to minimize
6
﻿. To survive in the tundra, the species would need to have the mammoth-like features of thicker hair,
7
﻿ of a reduced size and more
8
﻿.
Repopulating the tundra with mammoths or Asian elephant/mammoth hybrids would also have an impact on the environment, which could help to reduce temperatures and decrease
9
﻿.
Question 10 - 13
Look at the following statements and the list of people below.
Match each statement with the correct person, A, B or C.
Write the correct letter, A, B or C, in boxes on your answer sheet.
NB You may use any letter more than once.
List of Findings
A
Ben Novak
B
Michael Archer
C
Beth Shapiro
10
Reintroducing an extinct species to its original habitat could improve the health of a particular species living there.
11
It is important to concentrate on the causes of an animal's extinction.
12
A species brought back from extinction could have an important beneficial impact on the vegetation of its habitat.
13
Our current efforts at preserving biodiversity are insufficient.