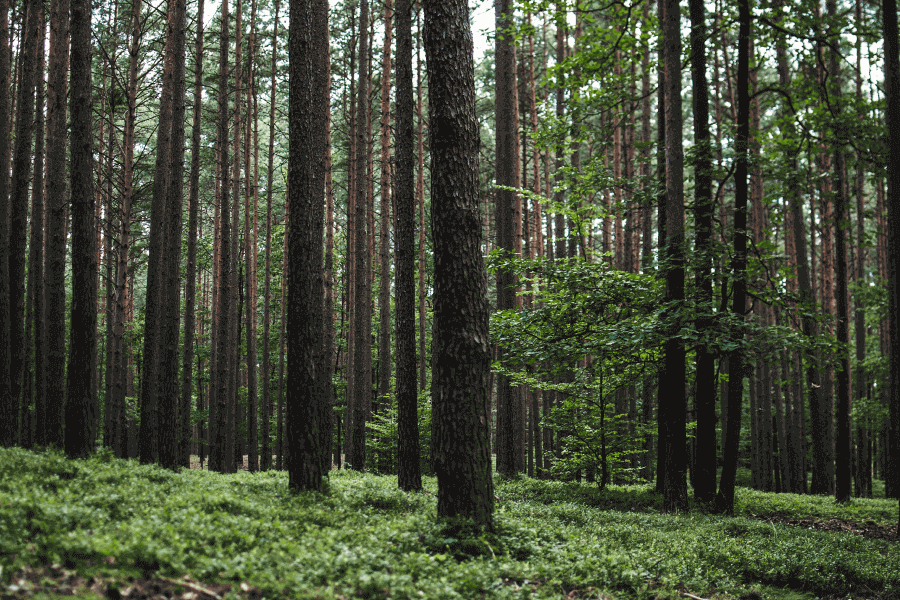 Question 1 - 5
Complete the notes below.
Choose NO MORE THAN TWO WORDS from the passage for each answer.
Forest fire ensures that:
•    Birds can locate their
1
﻿in the ground.
•    The burrows of a species of
2
﻿provide homes to many other animals.
•    Hardwoods such as
3
﻿ can grow and outnumber long-leaf trees.
Apart from fires lit by lightning:
•    Fires are created by
4
﻿  and settlers.
•    Fires deliberately lit are called
5
﻿﻿
Question 6 - 9
Complete the flow-chart below.
Choose ONE WORD ONLY from the passage for each answer. 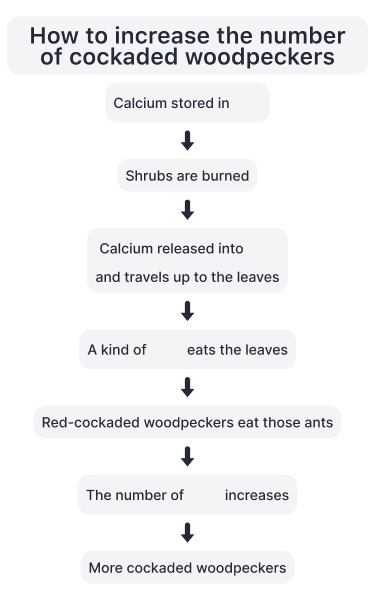 6
7
8
9
Calcium stored in
6
﻿
﻿
Calcium released into
7
﻿
and travels up to the leaves
A kind of
8
﻿
eats the leaves
The number of
9
﻿
increases
Question 10 - 13
Do the following statements agree with the information given in the Reading Passage?
TRUE if the statement agrees with the information
FALSE if the statement contradicts the information
NOT GIVEN if it is impossible to say what the writer thinks about this
10
The sparse distribution of longleaf pine trees leads to the most diversity of species.
11
It is easier to restore forests converted to farms than forests converted to plantations.
12
The cost to restore forest is increasing recently.
13
Few can live to see the replanted forest reach its maturity.

﻿ Tìm info: câu cuối đoạn 5 có nói "Fire is absolutely critical for this ecosystem and for the species that depend on it"

Hiểu câu hỏi: Forest fires ensure that - Birds﻿ can locate their ____ in the ground ﻿