Elon Musk and his Twitter poll to sell Tesla stock 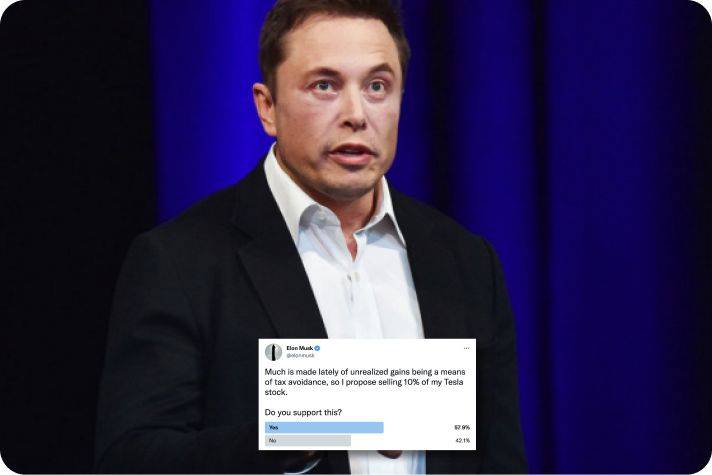 Twitter users
voted yes to the poll that Elon Musk tweeted about whether he should sell 10% of his
stock
in Tesla.

Democrats
in
the US Congress
to tax the super-rich more heavily on their stock.

The billionaire said the only way for him to pay for

personal tax
is to sell his stock since he has no flow of cash from salary or bonus.

valued
at just more than $208 billion.

In total, Musk owns 338 billion dollars in Neuralink Corporation and SpaceX, which makes him

Why did the billionaire have to pay for personal tax through selling his stock?