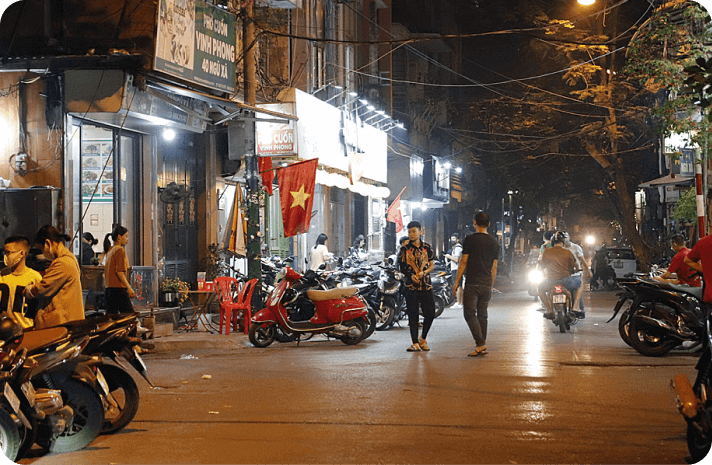 food zone
in Ba Dinh District in the fourth quarter of this year in order to strengthen the city's
night time economy
.

Every Friday, Saturday, and Sunday, the entire Dao Ngoc-Ngu Xa region covering seven streets in Truc Bach Ward will be closed off from 7 p.m. to midnight to serve as a food zone, according to the Ba Dinh District People's Committee. In the long run, the district plans to open the food zone every day and prohibit vehicles from 7 p.m. to 5 a.m. The Dao Ngoc-Ngu Xa area, or Truc Bach peninsula, covers 4.5 hectares and is located on Truc Bach Lake, where late US Senator John McCain was shot down and

held prisoner
during the Vietnam War.

How many food zones have there been in Hanoi?

Eventually, the food zone will be open

The new food zone is located in