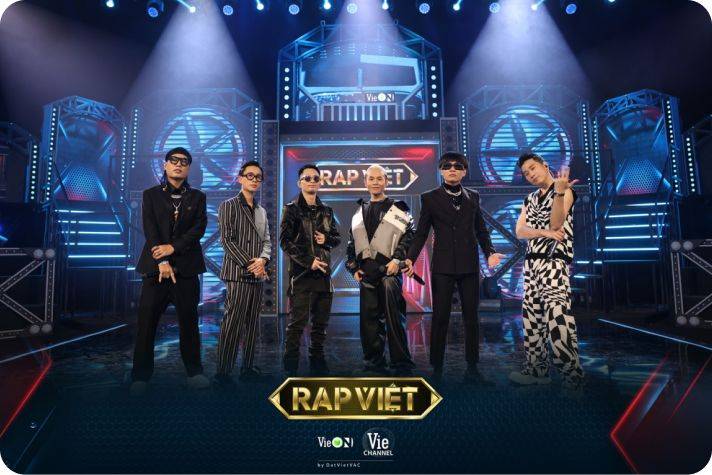 When Episode 1 has yet

to lose its heat
, Episode 2 of the popular talent program Rap Việt has already taken the number 1 spot on Youtube Trending charts in Vietnam, sending Episode 1 to number 2 placement.

Just when people are starting to think the

hype
for Rap Việt is dying down due to effects on social media of Covid-19, the two starting episodes of the season both gained views at an
unprecedented
rate, with Episode 1 being at nearly 12 million views just 1 week after release, and Episode 2 is catching up in no time, currently at 7 million views after 3 days.

the new twists and turns
with the coaches and judges line-up, Rap Việt season 2 continues
to rake in
fan support with an extremely talented
arsenal
of contestants, such as Night.T, Mai Âm Nhạc, and especially Blacka, who brought such an
excellent performance
that judge JustaTee even thought that Blacka was a guest performer.

It's safe to say that Rap Việt has not only helped to discover new talents for the local entertainment industry, but the show also helped to slowly

remove the stigmas
that have been attached to rap and hip hop music, making Vietnamese music fans become more open to the genre.