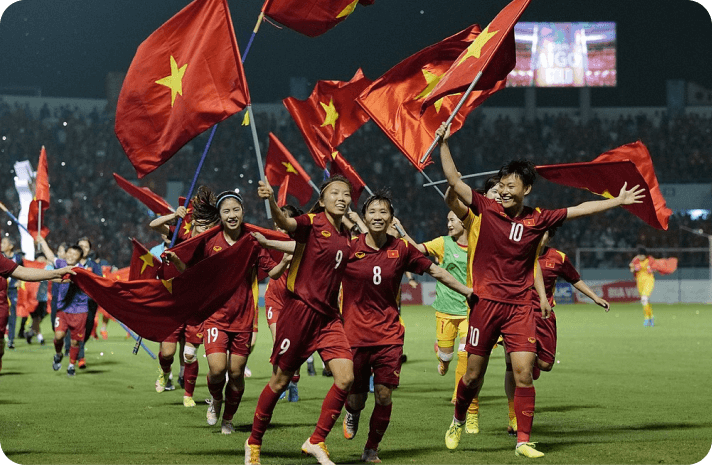 winning goal
in the women's football final of the SEA Games 31 against Thailand on Saturday gave Vietnam their third gold medal in a row.

Vietnam dominated the first half,

creating numerous chances
such as Nguyen Thi Van's header and repeated efforts by captain Huynh Nhu, but all were saved by Thailand goalkeeper Waraporn Boonsing. Duong Thi Van got the ball back in midfield and played a fantastic through ball for captain Huynh Nhu, who dribbled past keeper Booning and finished cleanly to put Vietnam up 1-0.

The score stayed 1-0 till the conclusion, and Vietnam was awarded the gold medal. They completed coach Mai Duc Chung's ambition of a SEA Games gold hat trick.

How many SEA Games women's football gold medals in a row did Vietnam win?

What was the score?

Who was the captain of the team?