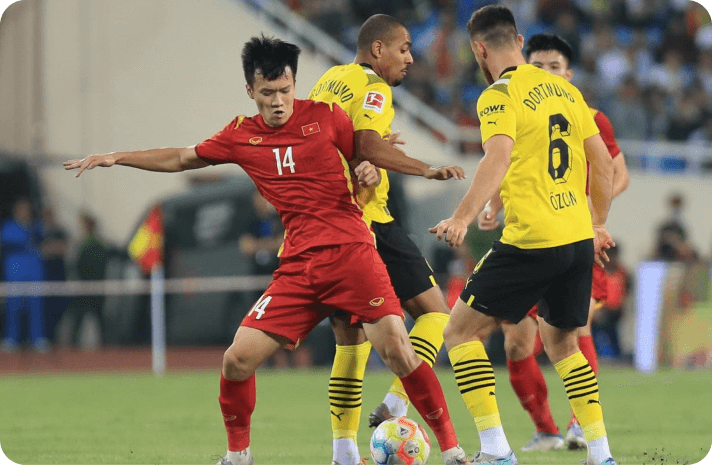 exhibition game
between Vietnam and Dortmund on Wednesday night concluded 2-1
in favor of
Vietnam.

Going up against Dortmund, one of Germany's top clubs, Vietnam tried to drive forward early on, when Nguyen Trong Hoang passed a dangerous ball

inside the box
but no one was there to tap in.

Dortmund rapidly accelerated and began to push back. Donyell Malen, a Dutch attacker, scored for Dortmund with a straightforward finish that hit the post before going in after a few chances. Dortmund maintained their push but were unable to

expand their lead
. Nguyen Phong Hong Duy's shot from the left flank was deflected by goalkeeper Alexander Meyer in the 36th minute, but Nguyen Tien Linh was there to tap it in. The first half concluded in a 1-1 tie.

Pham Tuan Hai successfully took the penalty in the 90th minute, and the referee sounded the final whistle a minute later, despite the fact that the game was meant to last four minutes further.