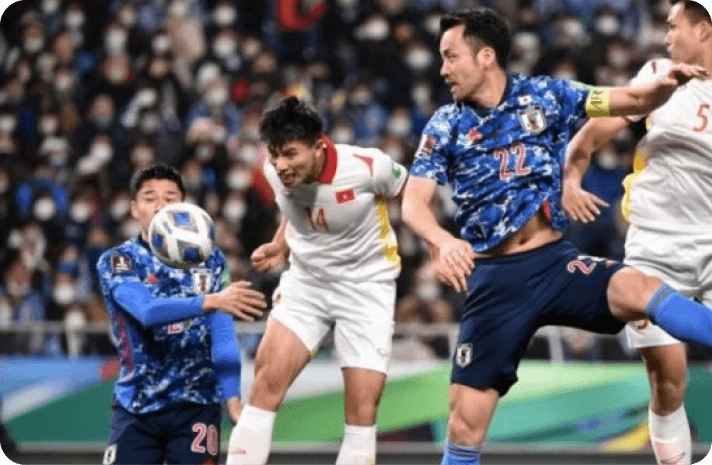 voyage
in the 2022 World Cup qualifiers
came to an end
Tuesday with an unexpected 1-1 draw against Japan on the latter's
home turf
.

Japan dominated most of the time as the host, with six shots on target to Vietnam's one. Vietnam's only chance resulted in a goal in the 20th minute, thanks to a header from Nguyen Thanh Binh. After conceding, the ball largely rolled on Vietnam's side as Japan pressed forward continually, and Mayo Yoshida scored the equalizer in the second half. Japan scored twice more after that, but both times were

ruled out by VAR
.

The game ended 1-1, and Vietnam finished the final round of World Cup qualifying with one win, one draw, and eight losses.

Who scored for Japan?

There was an own goal

Who dominated in the match?

How many losses did Vietnam concede in the qualifiers?