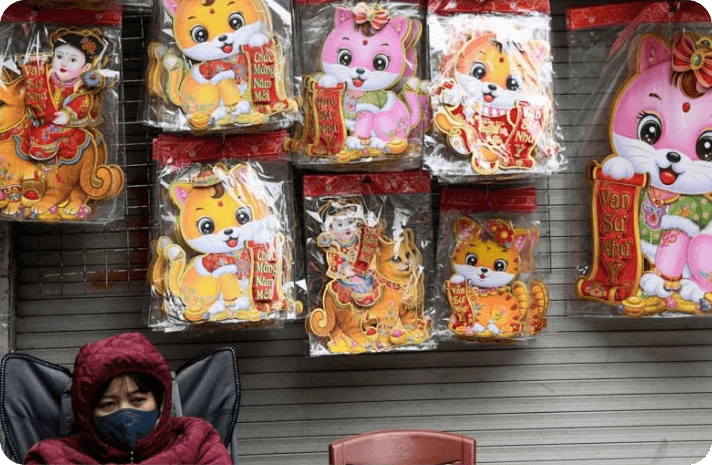 As China welcomes the Year of the Rabbit, Lunar New Year in Vietnam, where the Year of the Cat is taking place, looks a little different. Across the country, cat statues line the streets, and businesses sell

cat-themed decorations
, which are popular gifts for the Vietnamese New Year, known as Tet.

Ten of the 12 zodiac signs are shared by Vietnam and neighboring China: the rat, tiger, dragon, snake, horse, goat, monkey, rooster, dog, and pig. However, the Vietnamese revere the cat rather than the rabbit, and the buffalo rather than the ox.

an expert on traditional Vietnamese culture
.

"Rice is a huge part of Vietnam's agriculture, but with the threat of many rats in the fields, the cats (which can hunt them) are a popular animal for the Vietnamese," he told AFP.

"Another possibility is that the Vietnamese are unwilling to spend two years with a similar animal. They believe the mouse and the rabbit are inextricably related "Tin said.

There is also a belief that the Vietnamese adapted the Chinese word for rabbit, "mao" to their own needs. This sounds like "meo," which means "cat" in Vietnamese.