Head of the VFF referee committee: 'Goalkeeper Chatchai should have been shown a red card' 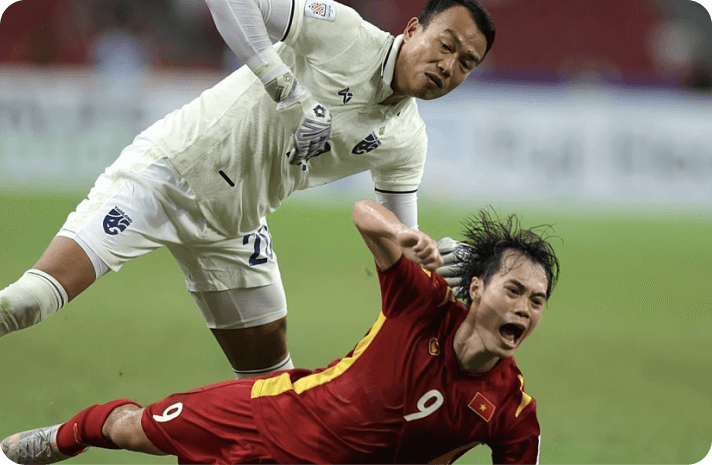 semifinals
of the AFF Cup 2020, a controversy happened. It happened after Van Toan had received a pass and headed near
the penalty area
of the Thai team. At this time, goalkeeper Chatchai rushed out of the area to confront him but was
dribbled pas
t by Van Toan. Goalkeeper Chatchai then pulled Van Toan down.

Talking to Tuoi Tre Online about this situation, Mr. Duong Van Hien - head of the VFF's referee committee - said: "In this situation, according to the referee's judgment, goalkeeper Chatchai prevented a potential attack from Vietnam. Because he thought it was only to prevent a possibility, he only showed Chatchai a yellow card.

However, in my opinion, if the Thai goalkeeper hadn’t pulled Van Toan down, Van Toan would have had a great opportunity to score against Thailand. The act was to prevent a situation that was likely to result in a goal even if it had taken place

outside the box
. In my opinion, goalkeeper Chatchai needed to receive a red card."

However, Mr. Duong Van Hien also said that in football there are many situations where the referee's judgment is 50-50.

What was the controversy?

Who was asked for opinion on the incident>

What was the possible reasoning as stated in the article for the referee's decision?