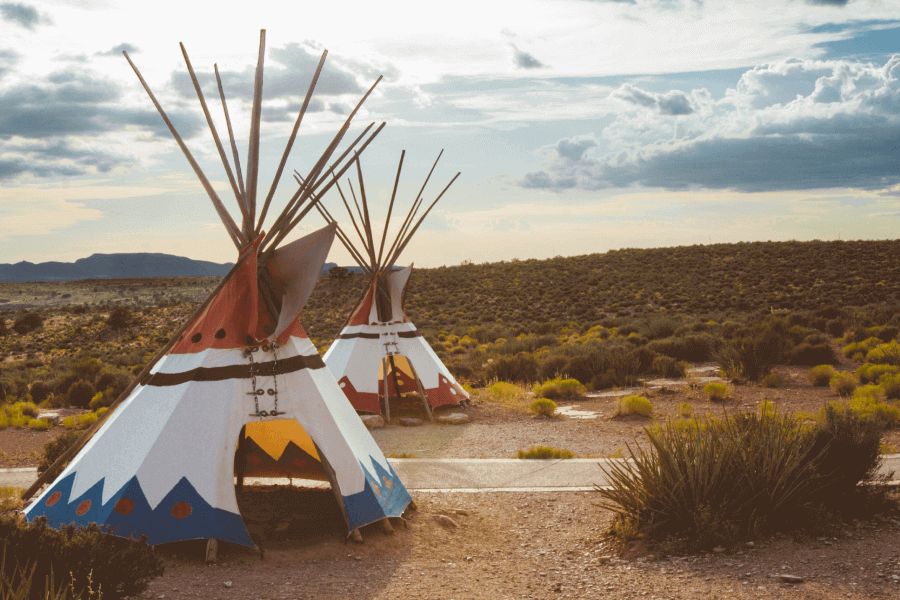 Endangered languages
‘Nevermind whales, save the languages’, says Peter Monaghan, graduate of the Australian National University
Worried about the loss of rain forests and the ozone layer? Well, neither of those is doing any worse than a large majority of the 6,000 to 7,000 languages that remain in use on Earth. One half of the survivors will growing evidence that not all approaches to the almost certainly be gone by 2050, while 40% more preservation of languages will be particularly will probably be well on their way out. In their place, almost all humans will speak one of a handful of megalanguages – Mandarin, English, Spanish. Linguists know what causes languages to disappear, but less often remarked is what happens on the way to disappearance: languages’ vocabularies, grammars and expressive potential all diminish as one language is replaced by another. ‘Say a community goes over from speaking a traditional Aboriginal language to speaking a creole*,’ says Australian Nick Evans, a leading authority on Aboriginal languages, ‘you leave behind a language where there’s very fine vocabulary for the landscape. All that is gone in a creole. You’ve just got a few words like ‘gum tree’ or whatever. As speakers become less able to express the wealth of knowledge that has filled ancestors’ lives with meaning over millennia, it’s no wonder that communities tend to become demoralised.’ If the losses are so huge, why are relatively few linguists combating the situation? Australian linguists, at least, have achieved a great deal in terms of preserving traditional languages. Australian governments began in the 1970s to support an initiative that has resulted in good documentation of most of the 130 remaining Aboriginal languages. In England, another Australian, Peter Austin, has directed one of the world’s most active efforts to limit language loss, at the University of London. Austin heads a programme that has trained many documentary linguists in England as well as in language-loss hotspots such as West Africa and South America. At linguistics meetings in the US, where the endangered-language issue has of late been something of a flavour of the month, there is growing evidence that not all approaches to the preservation of languages will be particularly helpful. Some linguists are boasting, for example, of more and more sophisticated means of capturing languages: digital recording and storage, and internet and mobile phone technologies. But these are encouraging the ‘quick dash’ style of recording trip: fly in, switch on digital recorder, fly home, download to hard drive, and store gathered material for future research. That’s not quite what some endangered-language specialists have been seeking for more than 30 years. Most loud and untiring has been Michael Krauss, of the University of Alaska. He has often complained that linguists are playing with non-essentials while most of their raw data is disappearing. Who is to blame? That prominent linguist Noam Chomsky, say Krauss and many others. Or, more precisely, they blame those linguists who have been obsessed with his approaches. Linguists who go out into communities to study, document and describe languages, argue that theoretical linguists, who draw conclusions about how languages work, have had so much influence that linguistics has largely ignored the continuing disappearance of languages. Chomsky, from his post at the Massachusetts Institute of Technology, has been the great man of theoretical linguistics for far longer than he has been known as a political commentator. His landmark work of 1957 argues that all languages exhibit certain universal grammatical features, encoded in the human mind. American linguists, in particular, have focused largely on theoretical concerns ever since, even while doubts have mounted about Chomsky’s universals. Austin and Co. are in no doubt that because languages are unique, even if they do tend to have common underlying features, creating dictionaries and grammars requires prolonged and dedicated work. This requires that documentary linguists observe not only languages’ structural subtleties, but also related social, historical and political factors. Such work calls for persistent funding of field scientists who may sometimes have to venture into harsh and even hazardous places. Once there, they may face difficulties such as community suspicion. As Nick Evans says, a community who speak an endangered language may have reasons to doubt or even oppose efforts to preserve it. They may have seen support and funding for such work come and go. They may have given up using the language with their children, believing they will benefit from speaking a more widely understood one. Plenty of students continue to be drawn to the intellectual thrill of linguistics field work. That’s all the more reason to clear away barriers, contend Evans, Austin and others. The highest barrier, they agree, is that the linguistics profession’s emphasis on theory gradually wears down the enthusiasm of linguists who work in communities. Chomsky disagrees. He has recently begun to speak in support of language preservation. But his linguistic, as opposed to humanitarian, argument is, let’s say, unsentimental: the loss of a language, he states, ‘is much more of a tragedy for linguists whose interests are mostly theoretical, like me, than for linguists who focus on describing specific languages, since it means the permanent loss of the most relevant data for general theoretical work’. At the moment, few institutions award doctorates for such work, and that’s the way it should be, he reasons. In linguistics, as in every other discipline, he believes that good descriptive work requires thorough theoretical understanding and should also contribute to building new theory. But that’s precisely what documentation does, objects Evans. The process of immersion in a language, to extract, analyse and sum it up, deserves a PhD because it is ‘the most demanding intellectual task a linguist can engage in’.

Question 1 - 6
Do the following statements agree with the information given in the Reading Passage?
In following statements below, choose
YES if the statement agrees with the information
NO if the statement contradicts the information
NOT GIVEN if it is impossible to say what the writer thinks about this
1
By 2050 only a small number of languages will be flourishing.
2
Australian academics’ efforts to record existing Aboriginal languages have been too limited.
3
The use of technology In language research is proving unsatisfactory in some respects.
4
Chomsky’s political views have overshadowed his academic work.
5
Documentary linguistics studies require long-term financial support.
6
Chomsky’s attitude to disappearing languages is too emotional.
Question 7 - 10
Choose appropriate options A, B, C or D.
7
The writer mentions rainforests and the ozone layer.
A
because he believes anxiety about environmental issues is unfounded.
B
to demonstrate that academics in different disciplines share the same problems.
C
because they exemplify what is wrong with the attitudes of some academics.
D
to make the point that the public should be equally concerned about languages.
8
What does Nick Evans say about speakers of a creole?
A
They lose the ability to express ideas which are part of their culture.
B
Older and younger members of the community have difficulty communicating.
C
They express their ideas more clearly and concisely than most people.
D
Accessing practical information causes problems for them.
9
What is similar about West Africa and South America, from the linguist’s point of view?
A
The English language is widely used by academics and teachers.
B
The documentary linguists who work there were trained by Australians.
C
Local languages are disappearing rapidly in both places.
D
There are now only a few undocumented languages there.
10
Michael Krauss has frequently pointed out that
A
linguists are failing to record languages before they die out.
B
linguists have made poor use of improvements in technology.
C
linguistics has declined in popularity as an academic subject.
D
linguistics departments are underfunded in most universities.
Question 11 - 14
Complete each sentence with the correct ending A-G below.
Write the correct letter A-G.
List of Endings
A
even though it is in danger of disappearing.
B
provided that it has a strong basis in theory.
C
although it may share certain universal characteristics
D
because there is a practical advantage to it
E
so long as the drawbacks are clearly understood.
F
in spite of the prevalence of theoretical linguistics.
G
until they realize what is involved
Linguists like Peter Austin believe that every language is unique
11
Nick Evans suggests a community may resist attempts to save its language
12
Many young researchers are interested in doing practical research
13
Chomsky supports work in descriptive linguistics
14