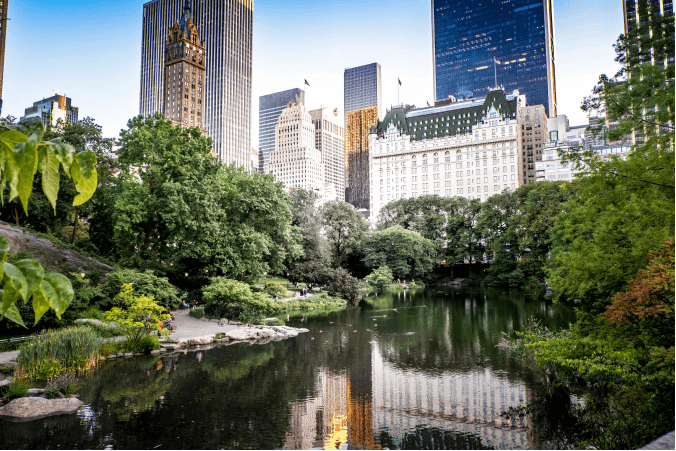 Question 1 - 6
Choose the correct letter, A, B or C.
1
What led the group to choose their topic?
A
Wildlife in city gardens
B
They were interested in the effects of city growth
C
They wanted to investigate a recent phenomenon
2
The exact proportion of land devoted to private gardens was confirmed by
A
consulting some official documents.
B
taking large-scale photos.
C
discussions with town surveyors.
3
The group asked garden owners to
A
take part in formal interviews
B
keep a record of animals they saw
C
get in contact when they saw a rare species
4
The group made their observations in gardens
A
which had a large number of animal species
B
which they considered to be representative
C
which had stable populations of rare animals
5
The group did extensive reading on
A
wildlife problems in rural areas
B
urban animal populations
C
current gardening practices
6
The speaker focuses on three animal species because
A
a lot of data has been obtained about them.
B
the group were most interested in them.
C
they best indicated general trends.
Question 7 - 10
Complete the table below. Write ONE WORD ONLY.

Good morning. Today I'd like to present the findings of our Year 2 project on wildlife found in gardens throughout our city. I'll start by saying something about the background to the project, then talk a little bit about our research techniques, and then indicate some of our interim findings.
First of all, how did we choose our topic? Well, there are four of us in the group and one day while we were discussing a possible focus, two of the group mentioned that they had seen yet more sparrow-hawks-one of Britain's most interesting birds of prey - in their own city centre gardens and wondered why they were turning up in these gardens in great numbers.
We were all very engaged by the idea of why wild animals would choose to inhabit a city garden. Why is it so popular with wildlife when the countryside itself is becoming less so?
The first thing we did was to establish what proportion of the urban land is taken up by private gardens. We estimated that it was about one fifth, and this was endorsed by looking at large-scale usage maps in the town land survey office - 24% to be precise.
Our own informal discussions with neighbours and friends led us to believe that many garden owners had interesting experiences to relate regarding wild animal sightings so we decided to survey garden owners from different areas of the city. Just over 100 of them completed a survey once every two weeks for twelve months - ticking off species they had seen from a pro forma list - and adding the names of any rarer ones.
Meanwhile, we were doing our own observations in selected gardens throughout the city. We deliberately chose smaller ones because they were by far the most typical in the city. The whole point of the project was to look at the norm not the exception. Alongside this primary research on urban gardens, we were studying a lot of books about the decline of wild animals in the countryside and thinking of possible causes for this.
So what did we find? Well, so much that I just won't have time to tell you about here.If you're interested in reading our more comprehensive findings, we've produced detailed graphic representations on the college web-site and of course any of the group would be happy to talk to you about them. Just email us.
What we've decided to present today is information about just three species - because we felt these gave a good indication of the processes at work in rural and urban settings as a whole.
The first species to generate a lot of interesting information was frogs. And there was a clear pattern here - they proliferate where there is suitable water. Garden ponds are on the increase, rural ponds are disappearing, leading to massive migration to the towns.
Hedgehogs are also finding it easier to live in urban areas - this time because their predators are not finding it quite so attractive to leave their rural environment, so hedgehogs have a better survival rate in cities. We had lots of sightings, so all in all we had no difficulties with our efforts to count their numbers precisely.
Our final species is the finest of bird singers, the song thrush.On the decline in the countryside, they are experiencing a resurgence in urban gardens because these days gardeners are buying lots of different plants which means there's an extensive range of seeds around, which is what they feed on.
Another factor is the provision of nesting places - which is actually better in gardens than the countryside. Hard to believe it, but it's true. Incidentally, we discovered that a massive new survey on song thrushes is about to be launched, so you should keep an eye open for that.
Now, I'd be happy to answer any questions you may have...

>> Hứng thú vì sao wild animals chọn ở city garden; "Why is it so popular with wildlife when the countryside itself is becoming less so?"