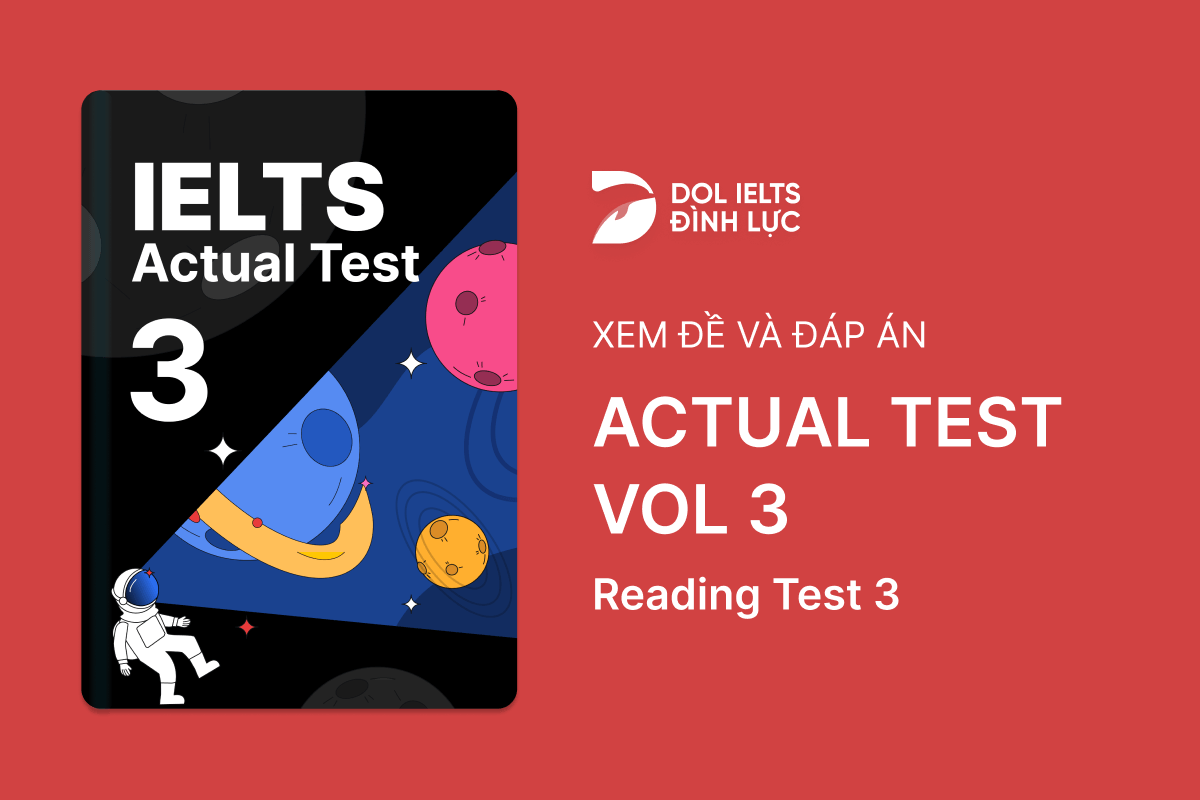 CLASSIFYING SOCIETIES
Although humans have established many types of societies throughout history, sociologists and anthropologists tend to classify different societies according to the degree to which different groups within a society have unequal access to advantages such as resources, prestige or power, and usually refer to four basic types of societies. From least to most socially Complex they are clans, tribes, chiefdoms and states. Clan These are small-scale societies of hunters and gatherers, generally of fewer than 100 people, who move seasonally to exploit wild (undomesticated) food resources. Most surviving hunter-gatherer groups are of this kind, such as the Hadza of Tanzania or the San of southern Africa. Clan members are generally kinsfolk, related by descent or marriage. Clans lack formal leaders, so there are no marked economic differences or disparities in status among their members. Because clans are composed of mobile groups of hunter-gatherers, their sites consist mainly of seasonally occupied camps, and other smaller and more specialised sites. Among the latter are kill or butchery sites—locations where large mammals are killed and sometimes butchered— and work sites, where tools are made or other specific activities carried out. The base camp of such a group may give evidence of rather insubstantial dwellings or temporary shelters, along with the debris of residential occupation. Tribe These are generally larger than mobile hunter-gatherer groups, but rarely number more than a few thousand, and their diet or subsistence is based largely on cultivated plants and domesticated animals. Typically, they are settled farmers, but they may be nomadic with a very different, mobile economy based on the intensive exploitation of livestock. These are generally multi-community societies, with the individual communities integrated into the larger society through kinship ties. Although some tribes have officials and even a "capital" or seat of government, such officials lack the economic base necessary for effective use of The typical settlement pattern for tribes is one of settled agricultural homesteads or villages. Characteristically, no one settlement dominates any of the others in the region. Instead, the archaeologist finds evidence for isolated, permanently occupied houses or for permanent villages. Such villages may be made up of a collection of free-standing houses, like those of the first farms of the Danube valley in Europe. Or they may be clusters of buildings grouped together, for example, the pueblos of the American Southwest, and the early farming village or small town of Catalhoyuk in modern Turkey. Chiefdom These operate on the principle of ranking—differences in social status between people. Different lineages (a lineage is a group claiming descent from a common ancestor) are graded on a scale of prestige, and the senior lineage, and hence the society as a whole, is governed by a chief. Prestige and rank are determined by how closely related one is to the chief, and there is no true stratification into classes. The role of the chief is crucial. Often, there is local specialisation in craft products, and surpluses of these and of foodstuffs are periodically paid as obligation to the chief. He uses these to maintain his retainers, and may use them for redistribution to his subjects. The chiefdom generally has a center of power, often with temples, residences of the chief and his retainers, and craft specialists. Chiefdoms vary greatly in size, but the range is generally between about 5000 and 20,000 persons. Early State These preserve many of the features of chiefdoms, but the ruler (perhaps a king or sometimes a queen) has explicit authority to establish laws and also to enforce them by the use of a standing army. Society no longer depends totally upon kin relationships: it is now stratified into different classes. Agricultural workers and the poorer urban dwellers form the lowest classes, with the craft specialists above, and the priests and kinsfolk of the ruler higher still. The functions of the ruler are often separated from those of the priest: palace is distinguished from temple. The society is viewed as a territory owned by the ruling lineage and populated by tenants who have an obligation to pay taxes. The central capital houses a bureaucratic administration of officials; one of their principal purposes is to collect revenue (often in the form of taxes and tolls) and distribute it to government, army and craft specialists. Many early states developed complex redistribution systems to support these essential services. This rather simple social typology, set out by Elman Service and elaborated by William Sanders and Joseph Marino, can be criticised, and it should not be used unthinkingly. Nevertheless, if we are seeking to talk about early societies, we must use words and hence concepts to do so. Service’s categories provide a good framework to help organise our thoughts.

Question 1 - 7
Do the following statements agree with the information given in the Reading Passage?
TRUE if the statement agrees with the information
FALSE if the statement contradicts the information
NOT GIVEN if it is impossible to say what the writer thinks about this
1
There’s little economic difference between members of a clan.
2
The farmers of a tribe grow a wide range of plants.
3
One settlement is more important than any other settlements in a tribe.
4
A member’s status in a chiefdom is determined by how much land he owns.
5
There are people who craft goods in chiefdoms.
6
The king keeps the order of a state by using an army.
7
Bureaucratic officers receive higher salaries than other members.
Question 8 - 13
Answer the question below.
Choose NO MORE THAN TWO WORDS OR/AND A NUMBER from the passage for each answer.
8
What are made at the clan work sites?
9
What is the other way of life for tribes besides settled farming?
10
How are Catalhoyuk’s housing units arranged?
11
What does a chief give to his subjects as rewards besides crafted goods?
12
What is the largest possible population of a chiefdom?
13
Which group of people is at the bottom of an early state but higher than the farmers?

There’s little economic difference between members of a clan

Question 14 - 17
Complete the summary below.
Choose NO MORE THAN TWO WORDS from the passage for each answer.
The Tasmanian tiger, also called thylacine, resembles the look of a dog and has
14
﻿on its fur coat. Many fossils have been found, showing that thylacines had existed as early as
15
﻿years ago. They lived throughout
16
﻿before disappearing from the mainland. And soon after the
17
﻿settlers arrived the size of thylacine population in Tasmania shrunk at a higher speed.
Question 18 - 23
Look at the following statements and the list ofpeople below.
Match each statement with the correct person, A, B, C or D.
NB You may use any letter more than once.
List of Findings
A
Hans Naarding
B
Randolph Rose
C
David Pemberton
D
Nick Mooney
18
His report of seeing a live thylacine in the wild attracted international interest.
19
Many eye-witnesses ’ reports are not trustworthy.
20
It doesn’t require a certain number of animals to ensure the survival of a species.
21
There is no hope of finding a surviving Tasmanian tiger.
22
Do not disturb them if there are any Tasmanian tigers still living today.
23
The interpretation of evidence can be affected by people’s beliefs.
Question 24 - 26
Choose the correct letter A, B, C or D.
24
Hans Naarding’s sighting has resulted in
A
government and organisations’ cooperative efforts to protect thylacine.
B
extensive interests to find a living thylacine.
C
increase of the number of reports of thylacine worldwide.
D
growth of popularity of thylacine in literature.
25
The example of coelacanth is to illustrate
A
it lived in the same period with dinosaurs.
B
how dinosaurs evolved legs.
C
some animals are difficult to catch in the wild.
D
extinction of certain species can be mistaken.
26
Mooney believes that all sighting reports should be
A
given some credit as they claim even if they are untrue.
B
acted upon immediately.
C
viewed as equally untrustworthy.
D
questioned and carefully investigated.

Hiểu câu hỏi: The Tasmanian tiger﻿ resembles the look of a dog﻿ and has _____ on its fur coat

Question 27 - 32
Choose the most suitable heading for paragraphs A-G from the list of headings below.
List of Headings
I
Examples of some scientific discoveries
II
Horace Walpole’s fairy tale
III
Resolving the contradiction
IV
What is the Scientific Method
V
The contradiction of views on scientific discovery
VI
Some misunderstandings of serendipity
VII
Opponents of authority
VIII
Reality doesn’t always match expectation
IX
How the word came into being
X
Illustration of serendipity in the business sector
27
Paragraph A
28
Paragraph C
29
Paragraph D
30
Paragraph E
31
Paragraph F
32
Paragraph G
Question 33 - 37
Choose the correct letter A, B, C or D.
33
In paragraph A, the word “inductivism” means
A
anticipate results in the beginning.
B
work with prepared premises.
C
accept chance discoveries.
D
look for what you want.
34
Medawar says “there is no such thing as The Scientific Method” because
A
discoveries are made by people with determined mind.
B
discoveries tend to happen unplanned.
C
the process of discovery is unpleasant.
D
serendipity is not a skill.
35
Many scientists dislike the idea of serendipity because
A
it is easily misunderstood and abused.
B
it is too unpredictable.
C
it is beyond their comprehension.
D
it devalues their scientific expertise.
36
The writer mentions Irving Langmuir to illustrate
A
planned science should be avoided.
B
industrial development needs uncertainty.
C
people tend to misunderstand the relationship between cause and effect.
D
accepting uncertainty can help produce positive results.
37
The example of Yosemite is to show
A
the conflict between reality and expectation.
B
the importance of systematic planning.
C
the intention of social action.
D
the power of anticipation.
Question 38 - 40
Answer the questions below.
Choose NO MORE THAN TWO WORDS from the passage for each answer.
38
Who is the person that first used the word “serendipity”?
39
What kind of story does the word come from?
40
What is the present name of serendip?