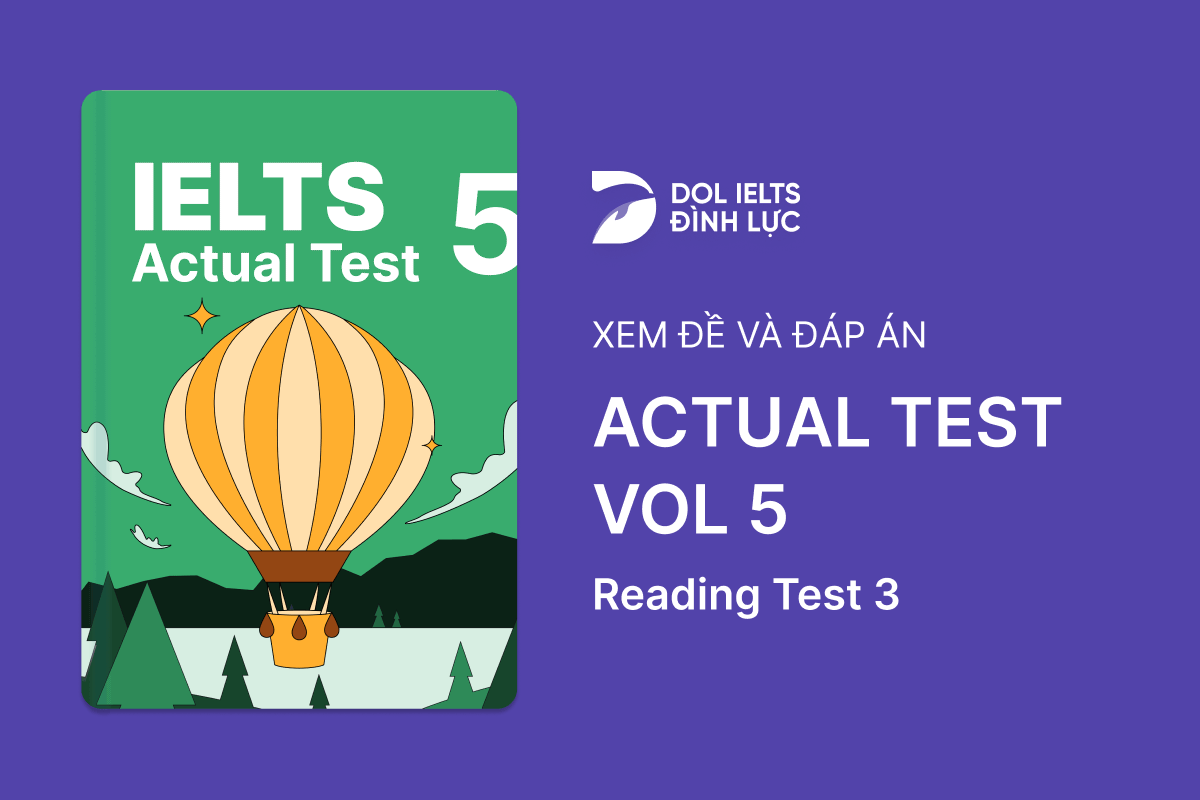 Question 1 - 7
Do the following statements agree with the information given in the Reading Passage?
TRUE if the statement agrees with the information
FALSE if the statement contradicts the information
NOT GIVEN if it is impossible to say what the writer thinks about this
1
Nancy Athfield first discovered the ancient remains in Cambodia.
2
The remains found in the Cambodia was in good condition.
3
Nancy took some time off from her regular work to do research in Cambodia.
4
The Cambodia government asked Nancy to radiocarbon the remains.
5
The filmmakers aimed to find out how the Angkor was rebuilt.
6
Nancy initially doubted whether the royal family was hidden in Cambodia.
7
Nancy disproved the possibility that the remains belonged to the Angkor royal family.
Question 8 - 13
Complete the question below.
Choose ONE WORD ONLY from the passage for each answer.
The Career of Nancy Athfield
STEP 01
During her mid-teens, Nancy wasn’t expected to attend
8
﻿﻿
STEP 02
Willard Billy later helped Nancy to find that she was interested in science.
STEP 03
Her PhD degree was researching when a kind of
9
﻿ first went into New Zealand.
STEP 04
Her research showed that the subject’s
10
﻿ accounted for the fault in the earlier research.
STEP 05
She was a professional
11
﻿ before she went back to Cambodia in 2003.
STEP 06
When she returned Cambodia, the lack of
12
﻿ was a barrier for her research.
STEP 07
Then she compiled the
13
﻿ of the Cambodia radiocarbon dating of the ancients.
STEP 08
After that, the lack of a detailed map of the geology of Cambodia became a hindrance of her research.

﻿ 1 Athfield﻿ studied﻿ the ancient remains﻿ found in the country of Cambodia.﻿

﻿ 2 Many prehistoric remains﻿ were discovered﻿ by the local people of Cambodia.

Question 14 - 18
Look at the following statements and the list of people below.
NB You may use any letter more than once.
List of Findings
A
Jan Eisner
B
Vanessa Stoykov
C
Gal Zauberman
D
Neil Plumridge
14
Work stress usually happens in the high level of a business.
15
More people involved would be beneficial for stress relief.
16
Temporary holiday sometimes doesn’t mean less work.
17
Stress leads to a wrong direction when trying to satisfy customers.
18
It is commonly accepted that stress at present is more severe than in the future.
Question 19 - 21
Choose the correct letter A, B, C or D.
19
Which of the following workplace stress is NOT mentioned according to Plumridge in the following options?
A
not enough time spent on family
B
unable to concentrate on work
C
inadequate time of sleep
D
alteration of appointment
20
Which of the following solution is NOT mentioned in helping reduce the work pressure according to Plumridge?
A
allocate more personnels
B
increase more time
C
lower expectation
D
do sports and massage
21
What is the point of view of Jan Eisner towards work stress?
A
Medical test can only reveal part of the data needed to cope with stress
B
Index of body samples plays determined role.
C
Emotional affection is superior to physical one.
D
One well designed solution can release all stress.
Question 22 - 26
Complete the summary below.
Choose NO MORE THAN TWO WORDS AND/OR A NUMBER from the passagefor each answer.
Statistics from National worker’s compensation indicate stress plays the most important role in
22
﻿. Staffs take about
23
﻿ for absence from work caused by stress. Not just time is our main concern but great expenses generated consequently. An official insurer wrote sometime that about
24
﻿ of all claims were mental issues whereas nearly 27% costs in all claims. Sports such as
25
﻿, as well as
26
﻿ could be a treat ment to release stress; However, specialists recommended another practical way out, analyse workloads once again.

﻿ Jan Eisner﻿ says﻿ thriving on a demanding workload﻿ is typical of﻿ senior executives and other high-potential business people.﻿

Robert Louis Stevenson
A Scottish novelist, poet, essayist, and travel writer, Robert Louis Stevenson was born at 8 Howard Place, Edinburgh, Scotland, on 13 November 1850. It has been more than 100 years since his death. Stevenson was a writer who caused conflicting opinions about his works. On one hand, he was often highly praised for his expert prose and style by many English-language critics. On the other hand, others criticised the religious themes in his works, often misunderstanding Stevenson’s own religious beliefs. Since his death a century before, critics and biographers have disagreed on the legacy of Stevenson’s writing. Two biographers, KF and CP, wrote a biography about Stevenson with a clear focus. They chose not to criticise aspects of Stevenson’s personal life. Instead, they focused on his writing, and gave high praise to his writing style and skill. The literary pendulum has swung these days. Different critics have different opinions towards Robert Louis Stevenson’s works. Though today, Stevenson is one of the most translated authors in the world, his works have sustained a wide variety of negative criticism throughout his life. It was like a complete reversal of polarity—from highly positive to slightly less positive to clearly negative; after being highly praised as a great writer, he became an example of an author with corrupt ethics and lack of moral. Many literary critics passed his works off as children’s stories or horror stories, and thought to have little social value in an educational setting. Stevenson’s works were often excluded from literature curriculum because of its controversial nature. These debates remain, and many critics still assert that despite his skill, his literary works still lack moral value. One of the main reasons why Stevenson’s literary works attracted so much criticism was due to the genre of his writing. Stevenson mainly wrote adventure stories, which was part of a popular and entertaining writing fad at the time. Many of us believe adventure stories are exciting, offers engaging characters, action, and mystery but ultimately can’t teach moral principles. The plot points are one-dimensional and rarely offer a deeper moral meaning, instead focusing on exciting and shocking plot twists and thrilling events. His works were even criticised by fellow authors. Though Stevenson’s works have deeply influenced Oscar Wilde, Wilde often joked that Stevenson would have written better works if he wasn’t born in Scotland. Other authors came to Stevenson’s defence, including Galsworthy who claimed that Stevenson is a greater writer than Thomas Hardy. Despite Wilde’s criticism, Stevenson’s Scottish identity was an integral part of his written works. Although Stevenson’s works were not popular in Scotland when he was alive, many modern Scottish literary critics claim that Sir Walter Scott and Robert Louis Stevenson are the most influential writers in the history of Scotland. While many critics exalt Sir Walter Scott as a literary genius because of his technical ability, others argue that Stevenson deserves the same recognition for his natural ability to capture stories and characters in words. Many of Scott’s works were taken more seriously as literature for their depth due to their tragic themes, but fans of Stevenson praise his unique style of story-telling and capture of human nature. Stevenson’s works, unlike other British authors, captured the unique day to day life of average Scottish people. Many literary critics point to this as a flaw of his works. According to the critics, truly important literature should transcend local culture and stories. However, many critics praise the local taste of his literature. To this day, Stevenson’s works provide valuable insight to life in Scotland during the 19th century. Despite much debate of Stevenson’s writing topics, his writing was not the only source of attention for critics. Stevenson’s personal life often attracted a lot of attention from his fans and critics alike. Some even argue that his personal life eventually outshone his writing. Stevenson had been plagued with health problems his whole life, and often had to live in much warmer climates than the cold, dreary weather of Scotland in order to recover. So he took his family to a south pacific island Samoa, which was a controversial decision at that time. However, Stevenson did not regret the decision. The sea air and thrill of adventure complimented the themes of his writing, and for a time restored his health. From there, Stevenson gained a love of travelling, and for nearly three years he wandered the eastern and central Pacific. Much of his works reflected this love of travel and adventure that Stevenson experienced in the Pacific islands. It was as a result of this biographical attention that the feeling grew that interest in Stevenson’s life had taken the place of interest in his works. Whether critics focus on his writing subjects, his religious beliefs, or his eccentric lifestyle of travel and adventure, people from the past and present have different opinions about Stevenson as an author. Today, he remains a controversial yet widely popular figure in Western literature.

Question 27 - 31
Choose the correct letter A, B, C or D.
27
Stevenson’s biographers KF and CP
A
underestimated the role of family played in Stevenson’s life.
B
overestimated the writer’s works in the literature history.
C
exaggerated Stevenson’s religious belief in his works.
D
elevated Stevenson’s role as a writer.
28
The main point of the second paragraph is
A
the public give a more fair criticism to Stevenson’s works.
B
recent criticism has been justified.
C
the style of Stevenson’s works overweigh his faults in his life.
D
Stevenson’s works’ drawback is lack of ethical nature.
29
According to the author, adventure stories
A
do not provide plot twists well.
B
cannot be used by writers to show moral values.
C
are more fashionable art form.
D
can be found in other’s works but not in Stevenson’s.
30
What does the author say about Stevenson’s works?
A
They describe the life of people in Scotland.
B
They are commonly regarded as real literature.
C
They were popular during Stevenson’s life.
D
They transcend the local culture and stories.
31
The lifestyle of Stevenson
A
made his family envy him so much.
B
should be responsible for his death.
C
gained more attention from the public than his works.
D
didn’t well prepare his life in Samoa.
Question 32 - 35
Do the following statements agree with the information given in the Reading Passage?
TRUE if the statement agrees with the information
FALSE if the statement contradicts the information
NOT GIVEN if it is impossible to say what the writer thinks about this
32
Although Oscar Wilde admired Robert Louis Stevenson very much, he believed Stevenson could have written greater works.
33
Robert Louis Stevenson encouraged Oscar Wilde to start writing at first.
34
Galsworthy thought Hardy is greater writer than Stevenson is.
35
Critics only paid attention to Robert Louis Stevenson’s writing topics.
Question 36 - 40
Complete the notes using the list of words, A-I, below.
Sir Walter Scott and Robert Louis Stevenson
A lot of people believe that Sir Walter Scott and Robert Louis Stevenson are the most influential writer in the history of Scotland, but Sir Walter Scott is more proficient in
36
﻿, while Stevenson has better
37
﻿ Scott’s books illustrate
38
﻿ especially in terms of tragedy, but a lot of readers prefer Stevenson’s
39
﻿. What’s more, Stevenson’s understanding of
40
﻿
﻿
made his works have the most unique expression of Scottish people.
﻿
A
natural ability
B
romance
C
colorful language
D
critical acclaim
E
humor
F
technical control
G
storytelling
H
depth
I
human nature

﻿ 3 Two biographers, KF and CP﻿ , wrote﻿ a biography about Stevenson﻿ with a clear focus. ﻿

﻿ 4 They﻿ chose not to criticize﻿ aspects of Stevenson’s personal life.﻿ ﻿

﻿ 5 Instead,﻿ they﻿ focused on﻿ his writing﻿ , and﻿ gave high praise to his writing style and skill.﻿