The History Of Pencil IELTS Reading Answers with Explanation 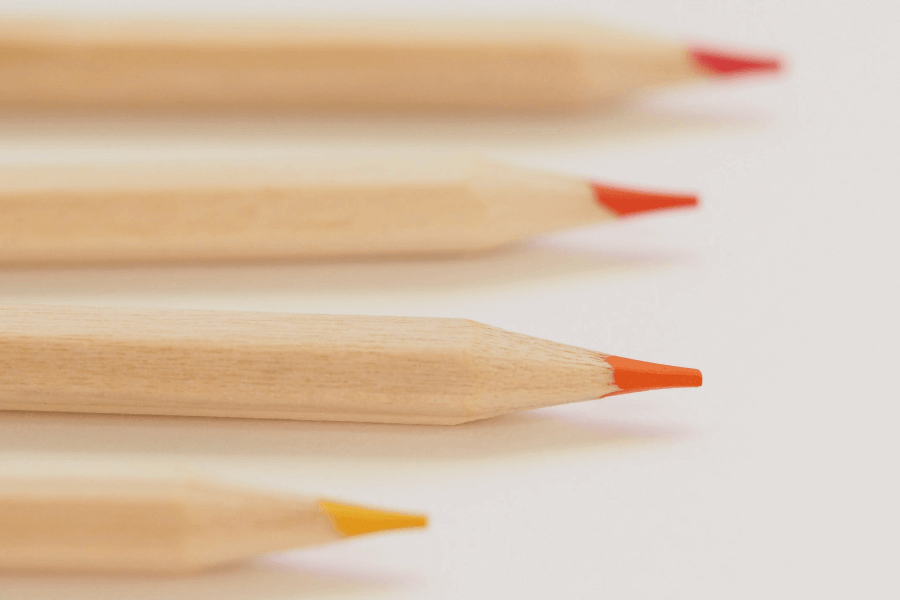 The History of Pencil
The beginning of the story of pencils started with a lightning. Graphite, the main material for producing pencil, was discovered in 1564 in Borrowdale in England when a lightning struck a local tree during a thunder. Local people found out that the black substance spotted at the root of the unlucky tree was different from burning ash of wood. It was soft, thus left marks everywhere. Chemistry was barely out of its infancy at the time, so people mistook it for lead, equally black but much heavier. It was soon put to use by locals in marking their sheep for ownership and calculation. Britain turns out to be major country where mines of graphite can be detected and developed. Even so, the first pencil was invented elsewhere. As graphite is soft, it requires some form of encasement. In Italy, graphite sticks were initially wrapped in string or sheepskin for stability, becoming perhaps the very first pencil in the world. Then around 1560, an Italian couple made what are likely the first blueprints for the modern, wood-encased carpentry pencil. Their version was a flat, oval, more compact type of pencil. Their concept involved the hollowing out of a stick of juniper wood. Shortly thereafter in 1662, a superior technique was discovered by German people: two wooden halves were carved, a graphite stick inserted, and the halves then glued together - essentially the same method in use to this day. The news of the usefulness of these early pencils spread far and wide, attracting the attention of artists all over the known world. Although graphite core in pencils is still referred to as lead, modern pencils do not contain lead as the “lead” of the pencil is actually a mix of finely ground graphite and clay powders. This mixture is important because the amount of clay content added to the graphite depends on the intended pencil hardness, and the amount of time spent on grinding the mixture determines the quality of the lead. The more clay you put in, the higher hardness the core has. Many pencils across the world, and almost all in Europe, are graded on the European system. This system of naming used B for black and H for hard; a pencil’s grade was described by a sequence or successive Hs or Bs such as BB and BBB for successively softer leads, and HH and HHH for successively harder ones. Then the standard writing pencil is graded HB. In England, pencils continue to be made from whole sawn graphite. But with the mass production of pencils, they are getting drastically more popular in many countries with each passing decade. As demands rise, appetite for graphite soars. According to the United States Geological Survey (USGS), world production of natural graphite in 2012 was 1,100,000 tonnes, of which the following major exporters are: China, India, Brazil, North Korea and Canada. However, much in contrast with its intellectual application in producing pencils, graphite was also widely used in the military. During the reign of Elizabeth I, Borrowdale graphite was used as a refractory material to line moulds for cannonballs, resulting in rounder, smoother balls that could be fired farther, contributing to the strength of the English navy. This particular deposit of graphite was extremely pure and soft, and could easily be broken into sticks. Because of its military importance, this unique mine and its production were strictly controlled by the Crown. That the United States did not use pencils in the outer space till they spent $1000 to make a pencil to use in zero gravity conditions is in fact a fiction. It is widely known that astronauts in Russia used grease pencils, which don’t have breakage problem. But it is also a fact that their counterparts in the United States used pencils in the outer space before real zero gravity pencil was invented. They preferred mechanical pencils, which produced fine line, much clearer than the smudgy lines left by the grease pencils that Russians favored. But the lead tips of these mechanical pencils broke often. That bit of graphite floating around the space capsule could get into someone’s eye, or even find its way into machinery or electronics, causing an electrical short or other problems. But despite the fact that the Americans did invent zero gravity pencils later, they stuck to mechanical pencils for many years. Against the backcloth of a digitalized world, the prospect of pencils seems bleak. In reality, it does not. The application of pencils has by now become so widespread that they can be seen everywhere, such as classrooms, meeting rooms and art rooms, etc. A spectrum of users are likely to continue to use it into the future: students to do math works, artists to draw on sketch pads, waiters or waitresses to mark on order boards, make-up professionals to apply to faces, and architects to produce blue prints. The possibilities seem limitless.

Question 1 - 7
Complete the sentences below.
Choose ONE WORD ONLY from the passage for each answer.
Graphite was found under a
1
﻿in Borrowdale, it was dirty to use because it was
2
﻿.
Ancient people used graphite to sign
3
﻿. People found graphite
4
﻿ in Britain.
The first pencil was graphite wrapped in
5
﻿ or animal skin.
Since graphite was too smooth,
6
﻿ was added to make it harder.
Russian astronauts preferred
7
﻿pencils to write in the outer space.
Question 8 - 13
Do the following statements agree with the information given in the Reading Passage?
TRUE if the statement agrees with the information
FALSE if the statement contradicts the information
NOT GIVEN if it is impossible to say what the writer thinks about this
8
Italy is probably the first country of the whole world to make pencils.
9
Germany used various kinds of wood to make pencils.
10
Graphite makes a pencil harder and sharper.
11
In Britain, pencils are not produced any more.
12
American astronauts did not use pencil in outer space.
13
Pencils are unlikely to be used in the future.

﻿ 1 ﻿Graphite,﻿ the main material for producing pencil﻿ , was discovered in 1564﻿ in Borrowdale when a lightning struck a local tree during a thunder.﻿

﻿ 2 Local people﻿ found out that﻿ the black substance﻿ spotted at the root of the unlucky tree﻿ was different from burning ash of wood.﻿