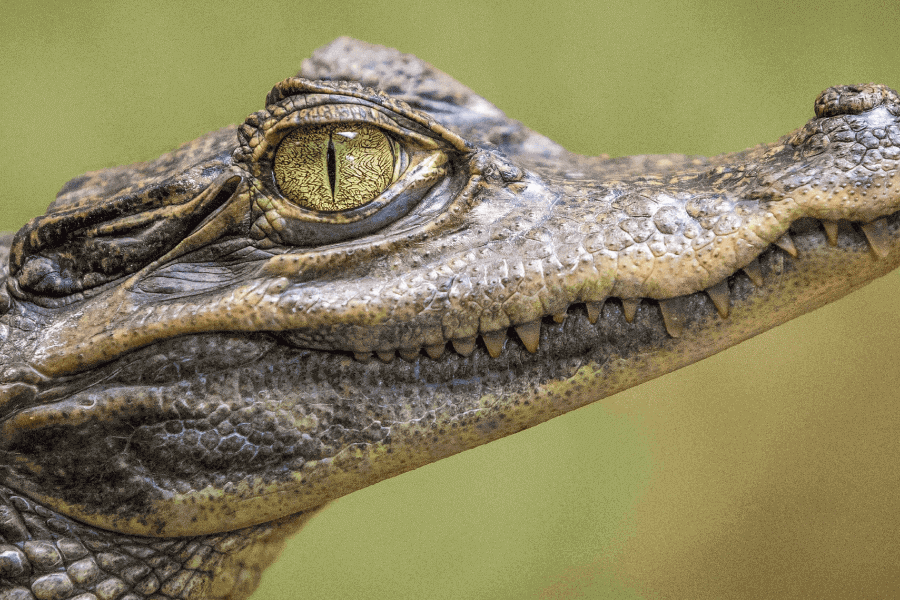 The Evolutionary Mystery: Crocodile Survives
A
A. Even though crocodiles have existed for 200 million years, they’re anything but primitive. As crocodiles’ ancestors, crocodilia came to adapt to an aquatic lifestyle. When most of the other contemporary reptiles went extinct, crocodiles were able to make it because their bodies changed and they adapted better to the climate. They witnessed the rise and fall of the dinosaurs, which once ruled the planet, and even the 65 million years of alleged mammalian dominance didn’t wipe them off. Nowadays, the crocodiles and alligators are not that different from their prehistoric ancestors, which proves that they were (and still are) incredibly adaptive.
B
B. The first crocodile-like ancestors came into existence approximately 230 million years ago, and they had many of the features which make crocodiles natural and perfect stealth hunters: streamlined body, long tail, protective armour and long jaws. They are born with four short, webbed legs, but this does not mean that their capacity to move on the ground shall ever be underestimated. When they move, they are so fast that you won’t even have any chance to try making the same mistake again by getting too close, especially when they’re hunting.
C
C. Like other reptiles, crocodiles are poikilothermal animals (commonly known as coldblooded, whose body temperature changes with that of the surroundings) and consequently, require exposure to sunlight regularly to raise body temperature. When it is too hot, they would rather stay in water or shade. Compared with mammals and birds, crocodiles have a slower metabolism, which makes them less vulnerable to food shortage. In the most extreme case, a crocodile can slow its metabolism down even further, to the point that it would survive without food for a whole year, enabling them to outlive mammals in relatively volatile environments.
D
D. Crocodiles have a highly efficient way to prey catching. The prey rarely realises there might be a crocodile under the water because the crocodile makes a move without any noise or great vibration when spotting its prey. It only keeps its eyes above the water level. As soon as it feels close enough to the victim, it jerks out of the water with its wide open jaws. Crocodiles are successful because they are capable of switching feeding methods. It chases after fish and snatches birds at the water surface, hides in the waterside bushes in anticipation of a gazelle, and when the chance to ambush presents itself, the crocodile dashes forward, knocks the animal out with its powerful tail and then drags the prey into the water to drown.
E
E. In many crocodilian habitats, the hot season brings drought that dries up their hunting grounds, leaving it harder for them to regulate body temperatures. This actually allowed reptiles to rule. For instance, many crocodiles can protect themselves by digging holes and covering themselves in mud, waiting for months without consuming any food or water until the rains finally return. They transform into a quiescent state called aestivation.
F
F. The majority of crocodilian is considered to go. into aestivation during the dry season. In a six-year study by Kennett and Christian, the King Crocodiles, a species of Australian freshwater crocodiles, spent nearly four months a year underground without access to water resources. Doubly labelled water was applied to detect field metabolic rates and water flux, and during some years, plasma fluid samples were taken once a month to keep track of the effects of aestivation regarding the accumulation of nitrogenous wastes and electrolyte concentrations.
G
G. The study discovered that the crocodiles’ metabolic engines function slowly, creating waste and exhausting water and fat reserves. Waste is stored in the urine, becoming more and more concentrated. Nevertheless, the concentration of waste products in blood doesn’t fluctuate much, allowing the crocodiles to carry on their normal functions. Besides, even though the crocodiles lost water reserves and body weight when underground, the losses were proportional; upon emerging, the aestivating animals had no dehydration and displayed no other harmful effects such as a slowed-down growth rate. The two researchers reckon that this capacity of crocodiles to get themselves through the harsh times and the long starvation periods is sure to be the answer to the crocodilian line’s survival throughout history.

Question 1 - 7
Reading Passage has seven paragraphs, A-G.
Choose the correct heading for each paragraph from the list of headings below.
List of Headings
I
The favourable feature in the impact of a drought
II
A unique finding that was recently achieved
III
Slow metabolism which makes crocodile a unique reptile
IV
The perfectly designed body for a great land roamer
V
Shifting eating habits and food intake
VI
A project on a special mechanism
VII
Regulating body temperature by the surrounding environment
VIII
Underwater aid in body structure offered to a successful predator
IX
A historical story for the supreme survivors
X
What makes the crocodile the fastest running animal on land
XI
The competition between the crocodiles and other animals
1
Paragraph A
2
Paragraph B
3
Paragraph C
4
Paragraph D
5
Paragraph E
6
Paragraph F
7
Paragraph G
Question 8 - 13
Complete the summary below
Choose NO MORE THAN TWO WORDS from the passage for each answer.
Aestivation
In many places inhabited by crocodilians, most types of crocodiles have evolved a successful scheme to survive in the drought brought by a
8
﻿. According to Kennett and Christian’s six-year study of Australian freshwater crocodiles’ aestivation, they found aestivating crocodiles spent around
9
﻿ of the year and had no access to
10
﻿. The amount of water in the body declined proportionately with
11
﻿; thus there is no sign of
12
﻿ and other health-damaging impact on the crocodiles even after an aestivation period. This super capacity helps crocodiles endure the tough drought without slowing their speed of
13
﻿.