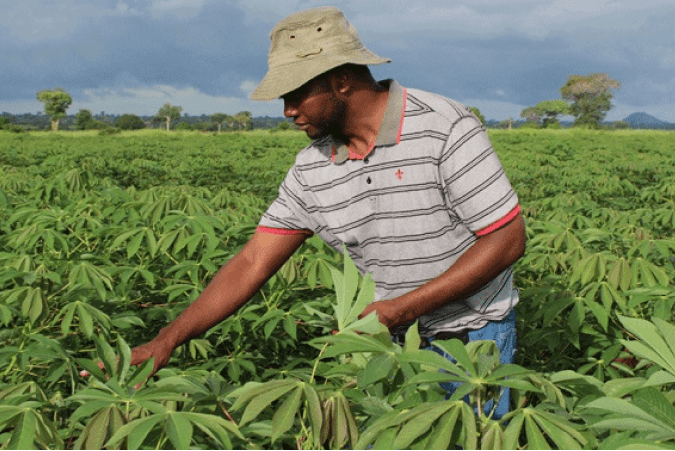 Question 1 - 10
Complete the notes below.
Write ONE WORD ONLY for each answer.
Agricultural programme in Mozambique
How the programme was organised
Further developments
Evaluation and lessons learned

I’m going to report on a case study of a programme which has been set up to help rural populations in Mozambique, a largely agricultural country in South-East Africa.
The programme worked with three communities in Chicualacuala district, near the Limpopo River. This is a dry and arid region, with unpredictable rainfall.
Because of this, people in the area were unable to support themselves through agriculture and instead they used the forest as a means of providing themselves with an income, mainly by selling charcoal.
However, this was not a sustainable way of living in the long term, as they were rapidly using up this resource.
To support agriculture in this dry region, the programme focused primarily on making use of existing water resources from the Limpopo River by setting up systems of irrigation, which would provide a dependable water supply for crops and animals.
The programme worked closely with the district government in order to find the best way of implementing this. The region already had one farmers’ association, and it was decided to set up two more of these.
These associations planned and carried out activities including water management, livestock breeding and agriculture, and it was notable that in general, women formed the majority of the workforce.
It was decided that in order to keep the crops safe from animals, both wild and domestic, special areas should be fenced off where the crops could be grown. The community was responsible for creating these fences, but the programme provided the necessary wire for making them.
Once the area had been fenced off, it could be cultivated. The land was dug, so that vegetables and cereals appropriate to the climate could be grown, and the programme provided the necessary seeds for this.
The programme also provided pumps so that water could be brought from the river in pipes to the fields. However, the labour was all provided by local people, and they also provided and put up the posts that supported the fences around the fields.
Once the programme had been set up, its development was monitored carefully. The farmers were able to grow enough produce not just for their own needs, but also to sell.
However, getting the produce to places where it could be marketed was sometimes a problem, as the farmers did not have access to transport, and this resulted in large amounts of produce, especially vegetables, being spoiled.
This problem was discussed with the farmers’ associations and it was decided that in order to prevent food from being spoiled, the farmers needed to learn techniques for its preservation.
There was also an additional initiative that had not been originally planned, but which became a central feature of the programme. This was when farmers started to dig holes for tanks in the fenced-off areas and to fill these with water and use them for breeding fish – an important source of protein.
After a time, another suggestion was made by local people which hadn’t been part of the programme’s original proposal, but which was also adopted later on. They decided to try setting up colonies of bees, which would provide honey both for their own consumption and to sell.
So what lessons can be learned from this programme? First of all, it tells us that in dry, arid regions, if there is access to a reliable source of water, there is great potential for the development of agriculture.
In Chicualacuala, there was a marked improvement in agricultural production, which improved food security and benefited local people by providing them with both food and income.
However, it’s important to set realistic timelines for each phase of the programme, especially for its design, as mistakes made at this stage may be hard to correct later on.
The programme demonstrates that sustainable development is possible in areas where …

﻿ Khi bạn nghe "To support agriculture in this dry region, the programme focused primarily on making use of existing water resources from the Limpopo River"