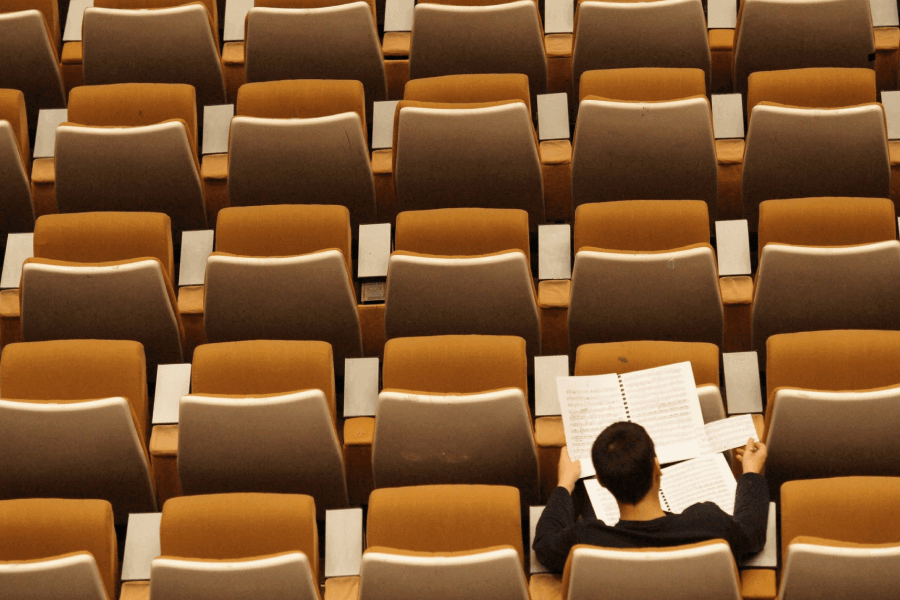 Quantitative Research in Education
Many education researchers used to work on the assumption that children experience different phases of development, and that they cannot execute the most advanced level of cognitive operation until they have reached the most advanced forms of cognitive process. For example, one researcher Piaget had a well-known experiment in which he asked the children to compare the amount of liquid in containers with different shapes. Those containers had the same capacity, but even when the young children were demonstrated that the same amount of fluid could be poured between the containers, many of them still believed one was larger than the other. Piaget concluded that the children were incapable of performing the logical task in figuring out that the two containers were the same size even though they had different shapes, because their cognitive development had not reached the necessary phase. Critics on his work, such as Donaldson, have questioned this interpretation. They point out the possibility that the children were just unwilling to play the experimenter’s game, or that they did not quite understand the question asked by the experimenter. These criticisms surely do state the facts, but more importantly, it suggests that experiments are social situations where interpersonal interactions take place. The implication here is that Piaget’s investigation and his attempts to replicate it are not solely about measuring the children’s capabilities of logical thinking, but also the degree to which they could understand the directions for them, their willingness to comply with these requirements, how well the experimenters did in communicating the requirements and in motivating those children, etc. The same kinds of criticisms have been targeted to psychological and educational tests. For instance, Mehan argues that the subjects might interpret the test questions in a way different from that meant by the experimenter. In a language development test, researchers show children a picture of a medieval fortress, complete with moat, drawbridge, parapets and three initial consonants in it: D, C, and G. The children are required to circle the correct initial consonant for ‘castle’. The answer is C, but many kids choose D. When asked what the name of the building was, the children responded ‘Disneyland’. They adopted the reasoning line expected by the experimenter but got to the wrong substantive answer. The score sheet with the wrong answers does not include in it a child’s lack of reasoning capacity; it only records that the children gave a different answer rather than the one the tester expected. Here we are constantly getting questions about how valid the measures are where the findings of the quantitative research are usually based. Some scholars such as Donaldson consider these as technical issues, which can be resolved through more rigorous experimentation. In contrast, others like Mehan reckon that the problems are not merely with particular experiments or tests, but they might legitimately jeopardise the validity of all researches of this type. Meanwhile, there are also questions regarding the assumption in the logic of quantitative educational research that causes can be identified through physical and/or statistical manipulation of the variables. Critics argue that this does not take into consideration the nature of human social life by assuming it to be made up of static, mechanical causal relationships, while in reality, it includes complicated procedures of interpretation and negotiation, which do not come with determinate results. From this perspective, it is not clear that we can understand the pattern and mechanism behind people’s behaviours simply in terms of the casual relationships, which are the focuses of quantitative research. It is implied that social life is much more contextually variable and complex. Such criticisms of quantitative educational research have also inspired more and more educational researchers to adopt qualitative methodologies during the last three or four decades. These researchers have steered away from measuring and manipulating variables experimentally or statistically. There are many forms of qualitative research, which is loosely illustrated by terms like ‘ethnography’, ‘case study’, ‘participant observation’, ‘life history’, ‘unstructured interviewing’, ‘discourse analysis’ and so on. Generally speaking, though, it has characteristics as follows: Qualitative researches have an intensive focus on exploring the nature of certain phenomena in the field of education, instead of setting out to test hypotheses about them. It also inclines to deal with ‘unstructured data’, which refers to the kind of data that have not been coded during the collection process regarding a closed set of analytical categories. As a result, when engaging in observation, qualitative researchers use audio or video devices to record what happens or write in detail open-ended field-notes, instead of coding behaviour concerning a pre-determined set of categories, which is what quantitative researchers typically would do when conducting ‘systematic observation’. Similarly, in an interview, interviewers will ask open-ended questions instead of ones that require specific predefined answers of the kind typical, like in a postal questionnaire. Actually, qualitative interviews are often designed to resemble casual conversations. The primary forms of data analysis include verbal description and explanations and involve explicit interpretations of both the meanings and functions of human behaviours. At most, quantification and statistical analysis only play a subordinate role. The sociology of education and evaluation studies were the two areas of educational research where criticism of quantitative research and the development of qualitative methodologies initially emerged in the most intense way. A series of studies conducted by Lacey, Hargreaves and Lambert in a boys’ grammar school, a boys’ secondary modem school, and a girls’ grammar school in Britain in the 1960s marked the beginning of the trend towards qualitative research in the sociology of education. Researchers employed an ethnographic or participant observation approach, although they did also collect some quantitative data, for instance on friendship patterns among the students. These researchers observed lessons, interviewed both the teachers and the students, and made the most of school records. They studied the schools for a considerable amount of time and spent plenty of months gathering data and tracking changes over all these years.

Question 1 - 5
Look at the following statements or descriptions and the list of people below.
Match each statement or description with the correct person or people A , B, C or D.
NB You may use any letter more than once.
List of Findings
A
Piaget
B
Mehan
C
Donaldson
D
Lacey, Hargreaves and Lambert
1
A wrong answer indicates more of a child’s different perspective than incompetence in reasoning.
2
Logical reasoning involving in the experiment is beyond children’s cognitive development.
3
Children’s reluctance to comply with the game rules or miscommunication may be another explanation.
4
There is an indication of a scientific observation approach in research.
5
There is a detail of flaw in experiments on children’s language development.
Question 6 - 9
Complete the sentences below. Choose NO MORE THAN TWO WORDS from the passage for each answer.
6
In Piaget’s experiment, he asked the children to distinguish the amount of
﻿
in different containers.
7
In response to Mehan’s question, subjects are more inclined to answer with the wrong answer '
﻿
' instead of the correct answer C.
8
Some people criticised the result of Piaget experiment, but Donaldson thought the flaw could be rectified by
﻿
.
9
Most qualitative researches conducted by Lacey, Hargreaves and Lambert were done in a
﻿
.
Question 10 - 12
Choose THREE letters, A-F.
The list below includes characteristics of the ‘qualitative research’. Which THREE are mentioned by the writer of the passage?
A
Coding behaviour in terms of a predefined set of categories
B
Designing an interview as an easy conversation
C
Working with well-organised data in a closed set of analytical categories
D
Full of details instead of loads of data in questionnaires
E
Asking to give open-ended answers in questionnaires
F
Recording the researching situation and applying note-taking
Question 13
Choose the correct letter A, B, C or D.
13
What is the main idea of the passage?
A
to prove that quantitative research is most applicable to children’s education
B
to illustrate the society lacks of deep comprehension of educational approach
C
to explain the ideas of quantitative research and the characteristics of the related criticisms
D
to imply qualitative research is a flawless method compared with quantitative one