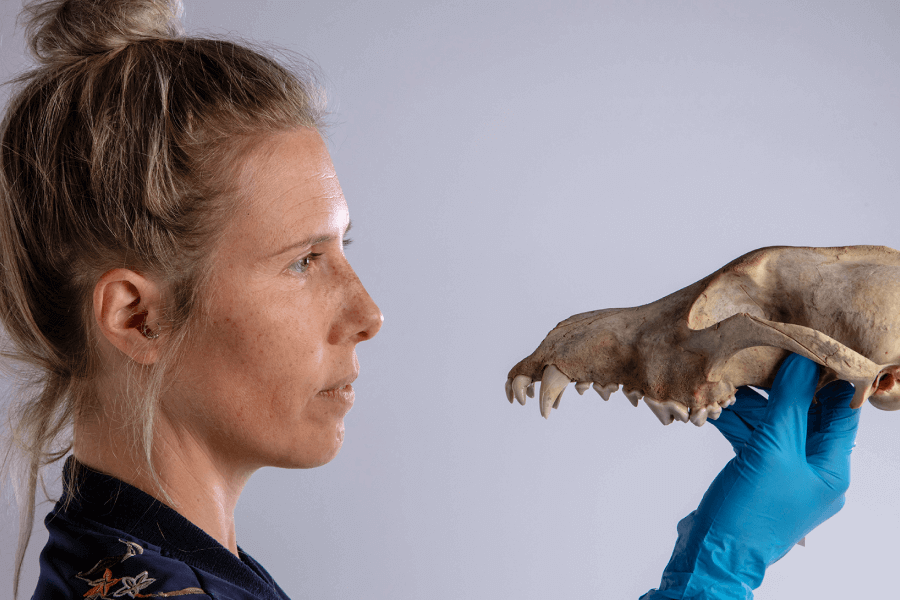 Question 1 - 4
Complete the summary below.
Choose NO MORE THAN TWO WORDS from the passage for each answer.
The Tasmanian tiger, also called thylacine, resembles the look of a dog and has
1
﻿on its fur coat. Many fossils have been found, showing that thylacines had existed as early as
2
﻿years ago. They lived throughout
3
﻿before disappearing from the mainland. And soon after the
4
﻿settlers arrived the size of thylacine population in Tasmania shrunk at a higher speed.
Question 5 - 10
Look at the following statements and the list ofpeople below.
Match each statement with the correct person, A, B, C or D.
NB You may use any letter more than once.
List of Findings
A
Hans Naarding
B
Randolph Rose
C
David Pemberton
D
Nick Mooney
5
His report of seeing a live thylacine in the wild attracted international interest.
6
Many eye-witnesses ’ reports are not trustworthy.
7
It doesn’t require a certain number of animals to ensure the survival of a species.
8
There is no hope of finding a surviving Tasmanian tiger.
9
Do not disturb them if there are any Tasmanian tigers still living today.
10
The interpretation of evidence can be affected by people’s beliefs.
Question 11 - 13
Choose the correct letter A, B, C or D.
11
Hans Naarding’s sighting has resulted in
A
government and organisations’ cooperative efforts to protect thylacine.
B
extensive interests to find a living thylacine.
C
increase of the number of reports of thylacine worldwide.
D
growth of popularity of thylacine in literature.
12
The example of coelacanth is to illustrate
A
it lived in the same period with dinosaurs.
B
how dinosaurs evolved legs.
C
some animals are difficult to catch in the wild.
D
extinction of certain species can be mistaken.
13
Mooney believes that all sighting reports should be
A
given some credit as they claim even if they are untrue.
B
acted upon immediately.
C
viewed as equally untrustworthy.
D
questioned and carefully investigated.

Hiểu câu hỏi: The Tasmanian tiger﻿ resembles the look of a dog﻿ and has _____ on its fur coat