The Bridge That Swayed IELTS Reading Answers with Explanation 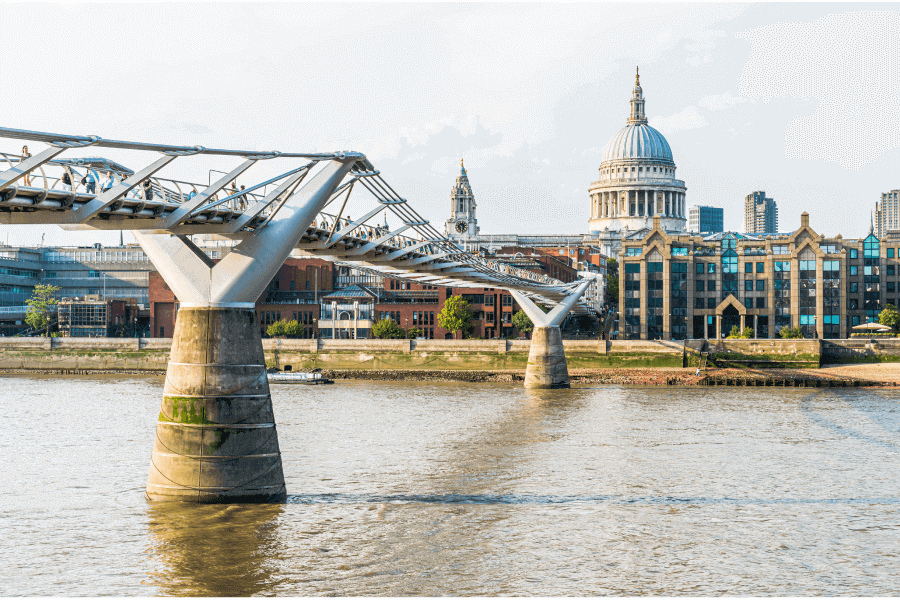 Question 1 - 4
Choose FOUR letters, A-I.
Which FOUR of the following could be seen on the day when the bridge opened to the public?
A
the bridge moved vertically
B
the bridge swayed from side to side
C
the bridge swayed violently throughout the opening ceremony
D
it was hard to keep balance on the bridge
E
pedestrians walked in synchronised steps
F
pedestrians lengthened their footsteps
G
a music band marched across the bridge
H
the swaying rhythm varied to the portions of the bridge
I
flags and banners kept still on the bridge
Question 5 - 10
Complete the summary below. Choose NO MORE THAN TWO WORDS from the passage for each answer.
To understand why the Millennium Bridge swayed, engineers of Arup studied the videotape taken on the day of the opening ceremony. In the beginning they thought the forces of
5
﻿might have caused the movement because there were many flags and banners on the bridge that day. But quickly new understandings arose after series of tests were conducted on how people walk on
6
﻿floors. The tests showed people would place their leg
7
﻿to keep balance when the floor is shaking. Pat Dallard even believes pedestrians may unknowingly adjust their
8
﻿to match the sway of the bridge. Professor Fujino Yozo’s study found that the vibration of a bridge could be caused by the
9
﻿. of people walking, running and jumping on it because the lateral rhythm of the sway could make pedestrians adjust their walk and reach the same step until it is impossible to stand
10
﻿﻿
Question 11 - 13
Complete the table below.
Choose NO MORE THAN THREE WORDS from the passage for each answer.

﻿ Hiểu câu hỏi: The bridge swayed from side to side