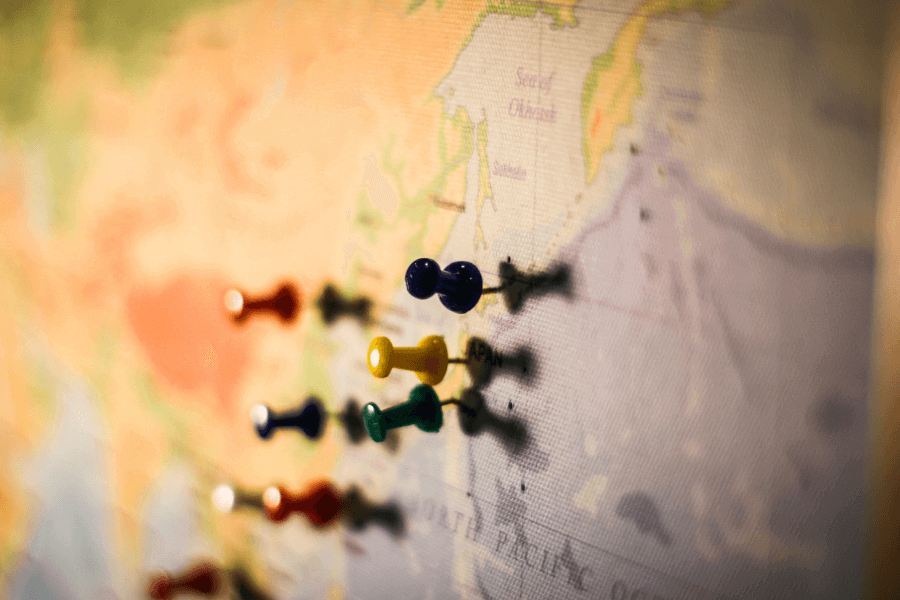 The Hidden Histories of Exploration Exhibition
A
A. We have all heard tales of lone, heroic explorers, but what about the local individuals who guided and protected European explorers in many different parts of the globe? Or the go-betweens - including interpreters and traders - who translated the needs and demands of explorers into a language that locals could understand? Such questions have received surprisingly little attention in standard histories, where European explorers are usually the heroes, sometimes the villains. The Hidden Histories of Exploration exhibition at Britain's Royal Geographical Society in London sets out to present an alternative view, in which exploration is a fundamentally collective experience of work, involving many different people. Many of the most famous examples of explorers said to have been ‘lone travellers’- say, Mungo Park or David Livingstone in Africa - were anything but ‘alone’ on their travels. They depended on local support of various kinds - for food, shelter, protection, information, guidance and solace - as well as on other resources from elsewhere.
B
B. The Royal Geographical Society (RGS) seeks to record this story in its Hidden Histories project, using its astonishingly rich collections. The storage of geographical information was one of the main rationales for the foundation of the KGS in 1830, and the society’s collections now contain more than two million individual items, including books, manuscripts, maps, photographs, art-works, artefacts and film - a rich storehouse of material rejecting the width geographical extent of British interest across the globe. In addition to their remarkable scope and range, those collections contain a striking visual record of exploration： the impulse to collect the world is reflected in a large and diverse image archive. For the researcher, this archive can yield many surprises； materials gathered Tor one purpose - say, maps relating to an international boundary dispute or photographs taken an a scientific expedition - may today be put to quite different uses.
C
C. In their published narratives, European explorers rarely portrayed themselves as vulnerable or dependent on others, despite the fact that without this support they were quite literally lost. Archival research confirms that Europeans were not merely dependent on the work of porters, soldiers, translators, cooks, pilots, glides, hunters and collectors： they also relied on local expertise. Such assistance was essential in identifying potential dangers -poisonous species, unpredictable rivers, uncharted territories - which could mean the difference between life and death. The assistants themselves were usually in a strong bargaining position in the Amazon, for example, access to entire regions would depend on the willingness of local crew members and other assistants to enter areas inhabited by relatively powerful Amerindian groups. In an account of his journey across South America, published in 1836f William Smyth thus complained of frequent ‘desertion' by his helpers : ‘without them it was impossible to get on’.
D
D. Those providing local support and information to explorers were themselves often not locals'. For example, the history of African exploration in the nineteenth century is dominated by the use of Zanzibar as a recruiting station for porters, soldiers and guides who would then travel thousands of miles across the continent. In some accounts, the leading African members of expedition parties - the ‘officers’ or 'foremen' - are identified, and their portraits published alongside those of European explorers.
E
E. The information provided by locals and intermediaries was of potential importance to geographical science. How was this evidence judged? The formal procedures of scientific evaluation provided one framework. Alongside these were more common sense' notions of veracity and reliability, religiously-inspired judgments about the authenticity of testimony, and the routine procedures for cross-checking empirical observations developed in many professions.
F
F. Given explorers' need for local information and support, it was in their interests to develop effective working partnerships with knowledgeable intermediaries who could act as brokers in their dealings with local inhabitants- Many of these people acquired far more experience of exploration than most Europeans could hope to attain. Some managed large groups of men and women, piloted the explorers’ river craft, or undertook mapping work. The tradition was continued with the Everest expeditions in the 1920s and 1930s, which regularly employed the Tibetan interpreter Karma Paul. In Europe, exploration was increasingly thought of as a career; the same might be said of the non-Europeans on whom their expeditions depended.
G
G. These individuals often forged close working relationships with European explorers. Such partnerships depended on mutual respect, though they were not always easy or intimate, as is particularly clear from the history of the Everest expeditions depicted in the Hidden Histories exhibition. The entire back wall is covered by an enlarged version of a single sheet of photographs of Sherpas taken during the 1936 Everest expedition. The document is a powerful reminder of the manpower on which European mountaineering expeditions depended, and also of the importance of local knowledge and assistance. Transformed from archive to wall display, it tells a powerful story through the medium of individual portraits - including Karma Paul, veteran of previous expeditions, and the young Tensing Norgay, 17 years before his successful 1953 ascent. This was a highly charged and transitional moment as the contribution of the Sherpas, depicted here with identity tags round their necks, was beginning to be much more widely recognised. These touching portraits encourage us Lo see them as agents rather than simply colonial subjects or paid employees. Here is a living history, which looks beyond what we already know about exploration： a larger history in which we come to recognise the contribution of everyone involved.

Question 1 - 7
Do the following statements agree with the information given in the Reading Passage?
In following statements below, choose
TRUE if the statement agrees with the information
FALSE if the statement contradicts the information
NOT GIVEN if it is impossible to say what the writer thinks about this
1
The Hidden Histories of Exploration exhibition aims to show the wide range of people involved in expeditions.
2
The common belief about how Park and Livingstone travelled is accurate.
3
The RGS has organised a number of exhibitions since it was founded.
4
Some of the records in the RGS archives are more useful than others.
5
Materials owned by the RGS can be used in ways that were not originally intended.
6
In their publications, European explorers often describe their dependence on their helpers.
7
Local helpers refused to accompany William Smyth during parts of his journey.
Question 8 - 13
The Reading Passage has seven paragraphs, A-G.
Which paragraph contains the following information?
8
reference to the distances that some non-European helpers travelled
9
description of a wide range of different types of documents
10
belief about the effect of an exhibition on people seeing it
11
examples of risks explorers might have been unaware of without local help
12
reference to various approaches to assessing data from local helpers
13
reference to people whose long-term occupation was to organise local assistance for European explorers