What Cookbooks Really Teach Us IELTS Reading Answers with Explanation 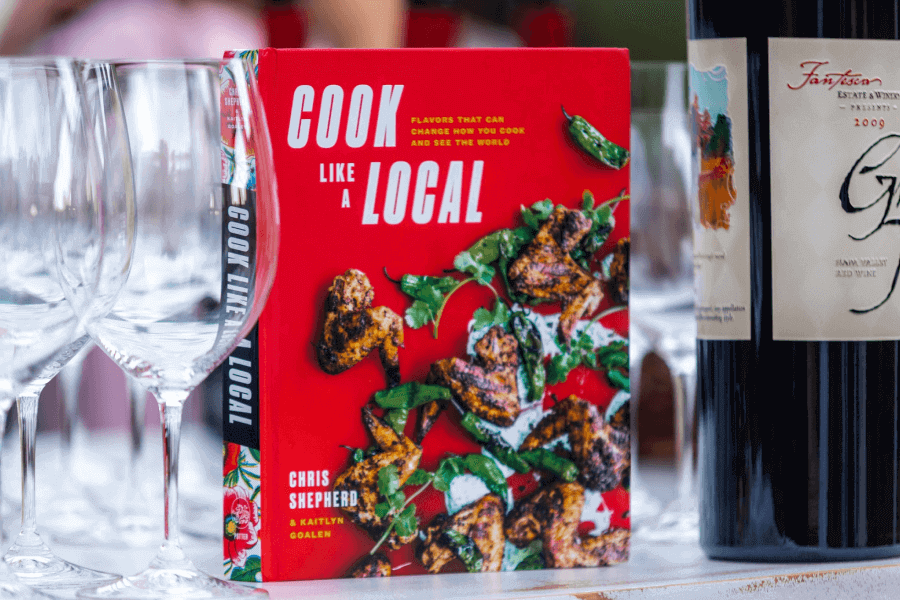 WHAT COOKBOOKS REALLY TEACH US
A
A. Shelves bend under their weight of cookery books. Even a medium-sized bookshop contains many more recipes than one person could hope to took in a lifetime. Although the recipes in one book are often similar to those in another, their presentation varies wildly, from an array of vegetarian cookbooks to instructions on cooking the food that historical figures might have eaten. The reason for this abundance is that cookbooks promise to bring about a kind of domestic transformation for the user. The daily routine can be put on one side and they liberate the user, if only temporarily. To follow their instructions is to turn a task which has to be performed every day into an engaging, romantic process. Cookbooks also provide an opportunity to delve into distant cultures without having to turn up at an airport to get there.
B
B. The first Western cookbook appeared just over 1,600 years ago. De re couquinara (it means ‘concerning cookery’) is attributed to a Roman gourmet named Apicius. It is probably a compilation of Roman and Greek recipes, some or all of them drawn from manuscripts that were later loss. The editor was sloppy, allowing several duplicated recipes to sneak in. Yet Apicius’s book set the tone of cookery advice in Europe for more than a thousand years. As a cookbook it is unsatisfactory with very basic instructions. Joseph Vehling, a chef who translated Apicius in the 1930s, suggested the author had been obscure on purpose, in ease his secrets leaked out.
C
C. But a more likely reason is that Apicius’s recipes were written by and for professional cooks, who could follow their shorthand. This situation continued for hundreds of years. There was no order to cookbooks: a cake recipe might be followed by a mutton one. But then, they were not written for careful study. Before the 19th century few educated people cooked for themselves. The wealthiest employed literate chefs; others presumably read recipes to their servants. Such cooks would have been capable of creating dishes from the vaguest of instructions.
D
D. The invention of printing might have been expected to lead to greater clarity but at first the reverse was true. As words acquired commercial value, plagiarism exploded. Recipes were distorted through reproduction. A recipe for boiled capon in Vk Good Huswives Jewell, printed in 1596, advised the cook to add three or four dates. By 1653. when the recipe was given by a different author in A Book of Fruits & Flowers, the cook was told to see the dish aside for three or four days.
E
E. The dominant theme in 16th and 17th century cookbooks was order. Books combined recipes and household advice, on the assumption that a well-made dish, a well-ordered larder and well- disciplined children were equally important. Cookbooks thus became a symbol of dependability in chaotic times. They hardly seem to have been affected by the English civil war or the revolutions in America and France.
F
F. In the 1850s, Isabella Becton published the Book of Household Management. Like earlier cookery writers she plagiarized freely, lifting not just recipes bur philosophical observations from other books. If Becton’s recipes were not wholly new. though, the way in which she presented them certainly was. She explains when the chief ingredients are most likely to be in season, how long the dish will take to prepare and even how much it is likely to cost. Bee ton’s recipes were well suited to her times. Two centuries earlier, an understanding of rural ways had been so widespread that one writer could advise cooks to heat water until it was a little hotter than milk comes from a cow. By the 1850s Britain was industrializing. The growing urban middle class needed details, and Becton provided them in hill.
G
G. In France, cookbooks were fast becoming even more systematic. Compared with Britain, France had produced few books written for the ordinary householder by the end of the 19th century. The most celebrated French cookbooks were written by superstar chefs who had a clear sense of codifying a unified approach to sophisticated French cooking. The 5.000 recipes in Auguste Escoffiers Le Guide CuJinaire (The Culinary Guide), published in 1902, might as well have been written in stone, given the book’s reparation among French chefs, many of whom still consider it the definitive reference book.
H
H. What Escoffier did for French cooking. Fannie Farmer did for American home cooking. She not only synthesized American cuisine; she elevated it to the status of science. ‘Progress in civilization has been accompanied by progress in cookery,’ she breezily announced in The Boston Cooking-School Cook Book, before launching into a collection of recipes that sometimes resembles a book of chemistry experiments. She was occasionally over-fussy. She explained that currants should be picked between June 28th and July 3rd, but not when it is raining. But in the main her book is reassuringly authoritative. Its recipes are short, with no unnecessary that and no unnecessary spices.
I
I. In 1950, Mediterranean Food by Elizabeth David launched a revolution in cooking advice in Britain. In some ways Mediterranean Food recalled even older cookbooks but the smells and noises that filled David's books were not mere decoration for her recipes. They were the point of her books. When she began to write, many ingredients were not widely available or affordable. She understood this, acknowledging in a later edition of one of her books that even if people could not very often make the dishes here described, it was stimulating to think about them. David's books were not so much cooking manuals as guides to the kind of food people might well wish to cat.

Question 1 - 3
Complete the summary below.
Choose NO MORE THAN TWO WORDS from the passage for each answer.
Why are there so many cookery books?
There are a great number more cookery books published than is really necessary and it is their
1
﻿ which makes them differ from each other. There are such large numbers because they offer people an escape from their
2
﻿ and some give the user the chance to inform themselves about other
3
﻿.
Question 4 - 8
Reading Passage 2 has nine paragraphs, A-I.
Which paragraph contains the following information?
Write the correct letter, A-l.
NB You may use any letter more than once.
4
cookery books providing a sense of stability during periods of unrest
5
details in recipes being altered as they were passed on
6
knowledge which was in danger of disappearing
7
the negative effect on cookery books of a new development
8
a period when there was no need for cookery books to be precise
Question 9 - 13
Look at the following statements and list of books (A-E) below.
Match each statement with the correct book A-E.
Write the correct letter A-E.
List of Findings
A
De re couquinara
B
The Book of Household Management
C
Le Guide Culinaire
D
The Boston Cooking-School Cook Book
E
Mediterranean Food
9
Its recipes were easy to follow despite the writer’s attention to detail.
10
Its writer may have deliberately avoided passing on details.
11
It appealed to ambitious ideas people have about cooking.
12
Its writer used ideas from other books but added additional related information.
13
It put into print ideas which are still respected today.