The Study Of Chimpanzee Culture IELTS Reading Answers with Explanation

The Study of Chimpanzee Culture
A
A. After studying the similarities between chimpanzees and humans for years, researchers have recognised these resemblances run much deeper than anyone first thought in the latest decade. For instance, the nut cracking observed in the Tai Forest is not a simple chimpanzee behaviour, but a separate adaptation found only in that particular part of Africa, as well as a trait which is considered to be an expression of chimpanzee culture by biologists. These researchers frequently quote the word ‘culture’ to describe elementary animal behaviours, like the regional dialects of different species of songbirds, but it turns out that the rich and varied cultural traditions chimpanzees enjoyed rank secondly in complexity only to human traditions.
B
B. During the past two years, the major research group which studies chimpanzees collaborated unprecedentedly and documented some distinct cultural patterns, ranging from animals’ use of tools to their forms of communication and social customs. This emerging picture of chimpanzees affects how human beings ponder upon these amazing creatures. Also, it alters our conception of human uniqueness and shows us the extraordinary ability of our ancient ancestors to create cultures.
C
C. Although we know that Homo sapiens and Pan Troglodytes have coexisted for hundreds of millennia and their genetic similarities surpass 98 per cent, we still knew next to nothing about chimpanzee behaviour in the wild until 40 years ago. All this began to change in the 1960s when Toshisada Nishida of Kyoto University in Japan and renowned British primatologist Jane Goodall launched their studies of wild chimpanzees at two field sites in Tanzania. (Goodall’s research station at Gombe—the first of its kind—is more famous, but Nishida’s site at Mahale is the second oldest chimpanzee research site in the world.)
D
D. During these primary studies, as the chimpanzees became more and more accustomed to close observation, the remarkable discoveries emerged. Researchers witnessed a variety of unexpected behaviours, ranging from fashioning and using tools, hunting, meat eating, food sharing to lethal fights between members of neighbouring communities.
E
E. In 1973, 13 forms of tool use and 8 social activities which appeared to differ between the Gombe chimpanzees and chimpanzee species elsewhere were recorded by Goodall. She speculated that some variations shared what she referred to as a ‘cultural origin’. But what exactly did Goodall mean by ‘culture’? According to the Oxford Encyclopedic English Dictionary, culture is defined as ‘the customs. . .and achievements of a particular time or people.’ The diversity of human cultures extends from technological variations to marriage rituals, from culinary habits to myths and legends. Of course, animals do not have myths and legends, but they do share the capacity to pass on behavioural traits from one generation to another, not through their genes but via learning. From biologists’ view, this is the fundamental criterion for a cultural trait—something can be learnt by observing the established skills of others and then passed on to following generations.
F
F. What are the implications for chimpanzees themselves? We must place a high value upon the tragic loss of chimpanzees, who are decimated just when finally we are coming to appreciate these astonishing animals more completely. The population of chimpanzees has plummeted and continued to fall due to illegal trapping, logging and, most recently, the bushmeat trade within the past century. The latter is particularly alarming because logging has driven roadways, which are now used to ship wild animal meat—including chimpanzee meat to consumers as far afield as Europe, into forests. Such destruction threatens not only the animals themselves but also a host of fascinatingly different ape cultures.
G
G. However, the cultural richness of the ape may contribute to its salvation. For example, the conservation efforts have already altered the attitudes of some local people. After several organisations showed videotapes illustrating the cognitive prowess of chimpanzees, one Zairian viewer was heard to exclaim, ‘Ah, this ape is so like me, I can no longer eat him.’
H
H. How did an international team of chimpanzee experts perform the most comprehensive survey of the animals ever attempted? Although scientists have been delving into chimpanzee culture for several decades, sometimes their studies contained a fatal defect. So far, most attempts to document cultural diversity among chimpanzees have solely relied upon officially published accounts of the behaviours reported at each research site. But this approach probably neglects a good deal of cultural variation for three reasons.
I
I. First, scientists normally don’t publish an extensive list of all the activities they do not see at a particular location. Yet this is the very information we need to know—which behaviours were and were not observed at each site. Second, there are many reports describing chimpanzee behaviours without expressing how common they are; without this information, we can’t determine whether a particular action was a transient phenomenon or a routine event that should be considered part of its culture. Finally, researchers’ description of potentially significant chimpanzee behaviours often lacks sufficient detail, which makes it difficult for scientists from other spots to report the presence or absence of the activities.
J
J. To tackle these problems, my colleague and I determined to take a new approach. We asked field researchers at each site to list all the behaviours which they suspected were local traditions. With this information, we assembled a comprehensive list of 65 candidates for cultural behaviours.
K
K. Then we distributed our list to team leaders at each site. They consulted with their colleagues and classified each behaviour regarding its occurrence or absence in the chimpanzee community. The major brackets contained customary behaviour (occurs in most or all of the able-bodied members of at least one age or sex class, such as all adult males), habitual (less common than customary but occurs repeatedly in several individuals), present (observed at the site but not habitual), absent (never seen), and unknown.

Question 1 - 5
Reading Passage 2 has eleven paragraphs, A-K.
Which paragraph contains the following information?
1
an approach to research on chimpanzees culture that is only based on official sources
2
mention of a new system designed by two scientists who aim to solve the problem
3
reasons why previous research on ape culture is problematic
4
new classification of data observed or collected
5
an example showing that the tragic outcome of animals leads to an indication of a change in local people’s attitude in the preservation
Question 6 - 10
Do the following statements agree with the information given in the Reading Passage?
TRUE if the statement agrees with the information
FALSE if the statement contradicts the information
NOT GIVEN if it is impossible to say what the writer thinks about this
6
The research found that scientists can make chimpanzees possess the same complex culture as human beings.
7
Humans and apes lived together long time ago and shared most of their genetic substance.
8
Even Toshisada Nishida and Jane Goodall’s beginning studies observed many surprising features of civilised behaviours among chimpanzees.
9
Chimpanzees, like humans, have the ability to deliver cultural behaviours mostly from genetic inheritance.
10
For decades, researchers have investigated chimpanzees by data obtained from both unobserved and observed approaches.
Question 11 - 14
Answer the questions below.
Choose NO MORE THAN TWO WORDS AND/OR A NUMBER from the passage for each answer.
11
When did the unexpected discoveries of chimpanzee behaviour start?
12
Which country is the researching site of Toshisada Nishida and Jane Goodall?
13
What did the chimpanzee have to get used to in the initial study?
14
What term can be used to depict that Jane Goodall found the chimpanzees in different regions used the different tools in 1973? 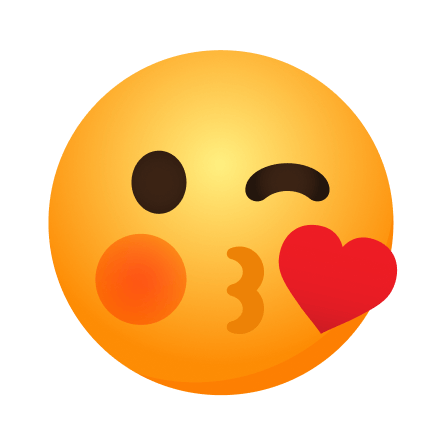