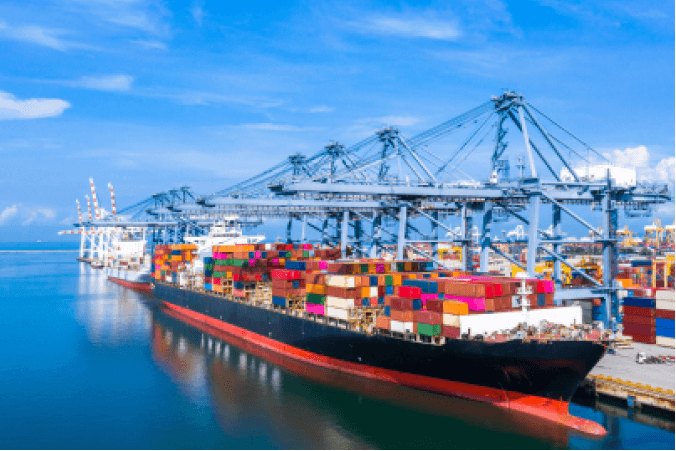 Question 1 - 5
Choose the correct letter A, B or C.
1
Why did a port originally develop at Manham?
A
It was safe from enemy attack.
B
It was convenient for river transport.
C
It had a good position on the sea coast.
2
What caused Manham’s sudden expansion during the Industrial Revolution?
A
the improvement in mining techniques
B
the increase in demand for metals
C
the discovery of tin in the area
3
Why did rocks have to be sent away from Manham to be processed?
A
shortage of fuel
B
poor transport systems
C
lack of skills among local people
4
What happened when the port declined in the twentieth century?
A
The workers went away
B
Traditional skills were lost
C
Buildings were used for new purposes
5
What did the Manham Trust hope to do?
A
discover the location of the original port
B
provide jobs for the unemployed
C
rebuild the port complex
Question 6 - 10
Complete the notes below. Write NO MORE THAN TWO WORDS.
Tourists attractions in Manham

Welcome to Manham Port, where a thousand years of history are brought to life. All the family can enjoy a day out at Manham: visit our copper mine, see models of the machinery it used, have your photo taken in nineteenth-century costume, experience at first hand how people lived at different stages throughout history, and especially how children studied, worked and played.
The port of Manham is located in beautiful and peaceful countryside, on a bend in the great River Avon, and developed here because it’s the highest navigable point of the Avon – boats can go no higher up this river – and proved a handy place to load and unload cargo to and from the sea, which is over 23 miles away.
A small port was already established here when, about 900 years ago, tin was discovered nearby, though it wasn’t until the Industrial Revolution, when a tremendous need for metals of all kinds developed, that Manham expanded to become one of the busiest ports in the country.
And because it was already so busy, prospectors began to look for other minerals, and by the end of the nineteenth century, lead, copper, manganese and arsenic were added to the cargos leaving Manham.
In the early days, the ores had been smelted – or processed – in the same area they were mined. But, as demand grew, the smelting process required huge factory furnaces or fires to melt the metal from the rock and there was not enough coal in the local area, so the rocks containing minerals had to be shipped long distances.
Sadly, in the twentieth century, the great port of Manham declined, and thousands of workers were forced to emigrate out of the area. The building at the port fell into disrepair, and the place became almost forgotten. But then, the Manham Trust was formed to conserve the historical resources of the area.
It organised scores of local volunteers to remove undergrowth to find the original outlines of the installations. It then brought in paid professionals to match installations with maps of the original port complex and to set about reconstructing it.
Today you can see the results of this ambitious programme of restoration. The intention, and we believe this will be realised before the end of the year, is to return Manham Port to the condition it reached at its peak as ‘the greatest copper port in the country’.
But what can you do and see on your visit today? Here are just a few highlights. We suggest you start with the visit to the copper mine. Travel on converted mining trains and journey into the depths of the mountain along seams once worked by hundreds of miners
Watch out especially for the great pumping machines which rid the mine of water. But please be warned that, like all mines, ours is very dark and closed in and we do say that children under five and also dogs should NOT be taken into the mine.
The next recommended visit is to the village school. While looking round the classrooms, take a special look at our display of games, which is one of the largest in the world. And it’s recommended that you time your visit to coincide with a guided tour. This will give you the opportunity to ask lots of questions.
Near the school is the beautiful old sailing ketch called ‘The George’. You are welcome to board the boat and look round the cabins. Look out for the shop’s wheel which was missing until only five years ago when it was dredged out of the silt by a local fisherman.
We have no idea how it got there but it’s been polished and proudly restored to its original place on the boat. Please take care going down the ladders if you wish to visit the lower deck – we don’t recommend you allow young children to use them. So we hope you have a memorable visit to Manham Port and will tell your friends all about us.

﻿ Sau đó nghe "and developed here because it’s the highest navigable point of the Avon – boats can go no higher up this river – and proved a handy place to load and unload cargo to and from the sea, which is over 23 miles away."