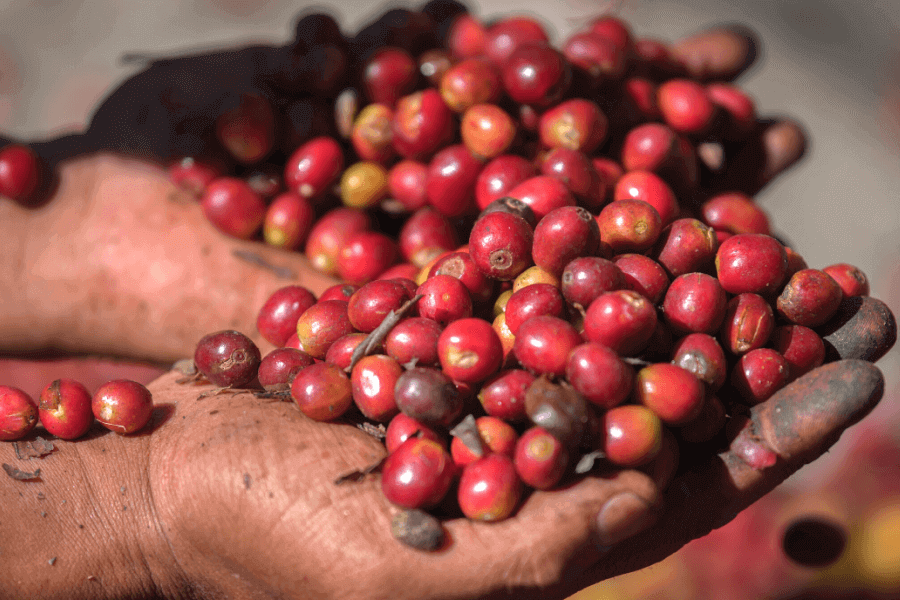 NATURAL CHOICE Coffee and chocolate
What's the connection between your morning coffee, wintering North American birds and the cool shade of a tree? Actually, unite a lot, says Simon Birch.
When scientists from London’s Natural History Museum descended on the coffee farms of the tiny Central American republic of El Salvador, they were astonished to find such diversity of insect and plant species. During 18 months' work on 12 farms, they found a third more species of parasitic wasp than are known to exist in the whole country of Costa Rica. They described four new species and are aware of a fifth. On 24 farms, they found nearly 300 species of tree when they had expected to find about 100. El Salvador has lost much of its natural forest, with coffee farms covering nearly 10% of the country. Most of them use the ‘shade-grown’ method of production, which utilizes a semi-natural forest ecosystem. Alex Munro, the museum’s botanist on the expedition, says: ‘Our findings amazed our insect specialist. There’s a very sophisticated food web present. The wasps, for instance, may depend on specific species of tree.’ It's the same the world over. Species diversity is much higher where coffee is grown in shade conditions. In addition, coffee (and chocolate) is usually grown in tropical rainforest - regions that are biodiversity hotspots. ‘These habitats support up to 70% of the planets plant and animal species, and so the production methods of cocoa and coffee can have a hugely significant impact,' explains Dr Paul Donald of the Royal Society for the. Protection of Birds. So what does ‘shade-grown’ mean, and why is it good for wildlife? Most of the world's coffee is produced by poor farmers in the developing world. Traditionally they have grown coffee (and cocoa) under the shade of selectively thinned tracts of rain forest in a genuinely sustainable form of farming. Leaf fall from the canopy provides a supply of nutrients and acts as a mulch that suppresses weeds. The insects that live in the canopy pollinate the cocoa and coffee and prey on pests. The trees also provide farmers with fruit and wood for fuel. Bird diversity in shade-grown coffee plantations rivals that found in natural forests in the same region.’ says Robert Rice from the Smithsonian Migratory Bird Center. In Ghana, West Africa - one of the world's biggest producers of cocoa - 90% of the cocoa is grown under shade, and these forest plantations are a vital habitat for wintering European migrant birds. In the same way, the coffee forests of Central and South America are a refuge for wintering North American migrants. More recently, a combination of the collapse in the world market for coffee and cocoa and a drive to increase yields by producer countries has led to huge swathes of shade-grown coffee and cocoa being cleared to make way for a highly intensive, monoculture pattern of production known as ‘full sun’. But this system not only reduces the diversity of flora and fauna, it also requires huge amounts of pesticides and fertilizers. In Cote d’Ivoire, which produces more than half the world's cocoa, more than a third of the crop is now grown in full-sun conditions. The loggers have been busy in the Americas too, where nearly 70% of all Colombian coffee is now produced using full-sun production. One study carried out in Colombia and Mexico found that, compared with shade coffee, full-sun plantations have 95% fewer species of birds. In El Salvador, Alex Munro says shade-coffee farms have a cultural as well as ecological significance and people are not happy to see them go. But the financial pressures are great, and few of these coffee farms make much money. ‘One farm we studied, a cooperative of 100 families, made just $10,000 a year, $100 per family and that's not taking labour costs into account.’ The loss of shade-coffee forests has so alarmed a number of North American wildlife organizations that they are now harnessing consumer power to help save these threatened habitats. They are promoting a ‘certification' system that can indicate to consumers that the beans have been grown on shade plantations. Bird-friendly coffee, for instance, is marketed by the Smithsonian Migratory Bird Center. The idea is that the small extra cost is passed directly on to the coffee farmers as a financial incentive to maintain their shade-coffee farms. Not all conservationists agree with such measures, however. Some say certification could be leading to the loss not preservation of natural forests. John Rappole of the Smithsonian Conservation and Research Center, for example, argues that shade-grown marketing provides ‘an incentive to convert existing areas of primary forest that are too remote or steep to be converted profitably to other forms of cultivation into shade-coffee plantations’. Other conservationists, such as Stacey Philpott and colleagues, argue the case for shade coffee. But there are different types of shade growing. Those used by subsistence farmers are virtually identical to natural forest (and have a corresponding diversity), while systems that use coffee plants as the understorey and cacao or citrus trees as the overstorey may be no more diverse than full-sun farms. Certification procedures need to distinguish between the two. and Ms.Philpott argues that as long as the process is rigorous and offers financial gains to the producers, shade growing does benefit the environment.

Question 1 - 5
Do the following statements agree with the information given in Reading Passage?
In boxes on your answer sheet write
TRUE if the statement agrees with the information
FALSE if the statement contradicts the information
NOT GIVEN if there is no information on this
1
More species survive on the farms studied by the researchers than in the natural El Salvador forests.
2
Nearly three-quarters of the Earth's wildlife species can be found in shade- coffee plantations.
3
Farmers in El Salvador who have tried both methods prefer shade-grown plantations.
4
Shade plantations are important for migrating birds in both Africa and the Americas.
5
Full-sun cultivation can increase the costs of farming.
Question 6 - 9
Look at the following opinions and the list of people below.
Match each opinion to the person credited with it.
Write the correct letter A-E in boxes on your answer sheet.
NB You can write any letter more than once.
List of Findings
A
Alex Munroe
B
Paul Donald
C
Robert Rice
D
John Rappole
E
Stacey Philpott
6
Encouraging shade growing may lead to farmers using the natural forest for their plantations.
7
If shade-coffee farms match the right criteria, they can be good for wildlife.
8
There may be as many species of bird found on shade farms in a particular area, as in natural habitats there.
9
Currently, many shade-coffee farmers earn very little.
Question 10 - 13
Write the correct letter A-C in boxes on your answer sheet.
List of Findings
A
the shade-grown method
B
the full-sun method
C
both shade-grown and full-sun methods
10
can be used on either coffee or cocoa plantations
11
is expected to produce bigger crops
12
documentation may be used to encourage sales
13
can reduce wildlife diversity

﻿ Hiểu câu hỏi: More species survive on the farms studied by the researchers than in the natural El Salvador forests.