The Future Of Fish IELTS Reading Answers with Explanation 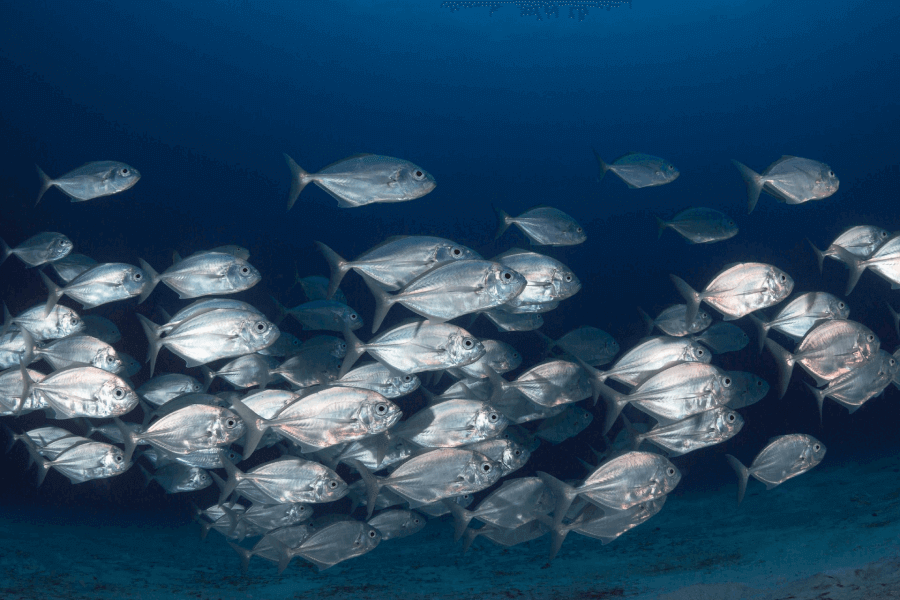 The Future of fish
The face of the ocean has changed completely since the first commercial fishers cast their nets and hooks over a thousand years ago. Fisheries intensified over the centuries, but even by the nineteenth century it was still felt, justifiably, that the plentiful resources of the sea were for the most part beyond the reach of fishing, and so there was little need to restrict fishing or create protected areas. The twentieth century heralded an escalation in fishing intensity that is unprecedented in the history of the oceans, and modern fishing technologies leave fish no place to hide. Today, the only refuges from fishing are those we deliberately create. Unhappily, the sea trails far behind the land in terms of the area and the quality of protection given. For centuries, as fishing and commerce have expanded, we have held onto the notion that the sea is different from the land. We still view it as a place where people and nations should be free to come and go at will, as well as somewhere that should be free for us to exploit. Perhaps this is why we have been so reluctant to protect the sea. On land, protected areas have proliferated as human populations have grown. Here, compared to the sea, we have made greater headway in our struggle to maintain the richness and variety of wildlife and landscape. Twelve percent of the world’s land is now contained in protected areas, whereas the corresponding figure for the sea is but three-fifths of one percent. Worse still, most marine protected areas allow some fishing to continue. Areas off-limits to all exploitation cover something like one five-thousandth of the total area of the world’s seas. Today, we are belatedly coming to realize that ‘natural refuges’ from fishing have played a critical role in sustaining fisheries, and maintaining healthy and diverse marine ecosystems. This does not mean that marine reserves can rebuild fisheries on their own - other management measures are also required for that. However, places that are off-limits to fishing constitute the last and most important part of our package of reform for fisheries management. They underpin and enhance all our other efforts. There are limits to protection though. Reserves cannot bring back what has died out. We can never resurrect globally extinct species, and restoring locally extinct animals may require reintroductions from elsewhere, if natural dispersal from remaining populations is insufficient. We are also seeing, in cases such as northern cod in Canada, that fishing can shift marine ecosystems into different states, where different mixes of species prevail. In many cases, these species are less desirable, since the prime fishing targets have gone or are much reduced in numbers, and changes may be difficult to reverse, even with a complete moratorium on fishing. The Mediterranean sailed by Ulysses, the legendary king of ancient Greece, supported abundant monk seals, loggerhead turtles and porpoises. Their disappearance through hunting and overfishing has totally restructured food webs, and recovery is likely to be much harder to achieve than their destruction was. This means that the sooner we act to protect marine life, the more certain will be our success. To some people, creating marine reserves is an admission of failure. According to their logic, reserves should not be necessary if we have done our work properly in managing the uses we make of the sea. Many fisheries managers are still wedded to the idea that one day their models will work, and politicians will listen to their advice. Just give the approach time, and success will be theirs. How much time have we got? This approach has been tried and refined for the last 50 years. There have been few successes which to feather the managers’ caps, but a growing litany of failure. The Common Fisheries Policy, the European Union’s instrument for the management of fisheries and aquaculture, exemplifies the worst pitfalls: flawed models, flawed advice, watered-down recommendations from government bureaucrats and then the disregard of much of this advice by politicians. When it all went wrong, as it inevitably had to, Europe sent its boats to other countries in order to obtain fish for far less than they were actually worth. We are squandering the wealth of oceans. If we don’t break out of this cycle of failure, humanity will lose a key source of protein, and much more besides. Disrupting natural ecosystem processes, such as water purification, nutrient cycling, and carbon storage, could have ramifications for human life itself. We can go a long way to avoiding this catastrophic mistake with simple common sense management. Marine reserves lie at the heart of the reform. But they will not be sufficient if they are implemented only here and there to shore up the crumbling edifice of the ‘rational fisheries management’ envisioned by scientists in the 1940s and 1950s. They have to be placed centre stage as a fundamental underpinning for everything we do in the oceans. Reserves are a first resort, not a final resort when all else fails. NOTE: Species reintroduction is the deliberate release of a species into the wild, from captivity or other areas where the animal survives.

Question 1 - 5
Do the following statements agree with the information given in the Reading Passage?
In following statements below, choose
YES if the statement agrees with the information
NO if the statement contradicts the information
NOT GIVEN if it is impossible to say what the writer thinks about this
1
It is more than a thousand years since people started to catch fish for commercial use.
2
In general, open access to the oceans is still regarded as desirable.
3
Sea fishing is now completely banned in the majority of protected areas.
4
People should be encouraged to reduce the amount of fish they eat.
5
The re-introduction of certain mammals to the Mediterranean is a straightforward task.
Question 6 - 8
Choose appropriate options A, B, C or D.
6
What does the writer mean with the question, ‘How much time have we got?’ in the fifth paragraph?
A
Fisheries policies are currently based on uncertain estimates.
B
Accurate predictions will allow governments to plan properly.
C
Fisheries managers should provide clearer information.
D
Action to protect fish stocks is urgently needed
7
What is the writer’s comment on the Common Fisheries Policy?
A
Measures that it advocated were hastily implemented.
B
Officials exaggerated some of its recommendations.
C
It was based on predictions which were inaccurate.
D
The policy makers acquired a good reputation
8
What is the writer’s conclusion concerning the decline of marine resources?
A
The means of avoiding the worst outcomes needs to be prioritized.
B
Measures already taken to avoid a crisis are probably sufficient.
C
The situation is now so severe that there is no likely solution.
D
It is no longer clear which measures would be most effective.
Question 9 - 14
Complete the summary using the list of words/phrases, A-J, below.
Measures to protect the oceans
Up till the twentieth century the world’s supply of fish was sufficient for its needs.
It was unnecessary to introduce
9
﻿ of any kind, because large areas of the oceans were inaccessible.
However, as
10
﻿ improved, this situation changed, and in the middle of the twentieth century, policies were introduced to regulate
11
﻿.
These policies have not succeeded. Today, by comparison with
12
﻿ the oceans have very little legal protection.
Despite the doubts that many officials have about the concept of
13
﻿, these should be at the heart of any action taken.
The consequences of further
14
﻿ are very serious, and may even affect our continuing existence.
A
action
B
controls
C
failure
D
fish catches
E
fish processing
F
fishing techniques
G
large boats
H
marine reserves
I
the land
J
the past

Câu hỏi: It is more than a thousand years﻿ since﻿ people﻿ started to catch fish for commercial use.

Bài đọc: the first commercial fishers cast their nets and hooks﻿ over a thousand years﻿ ago﻿ ﻿